Team work is at centre of both NHS and rugby roles

Whether she’s at her desk or on the pitch, working well as part of a team is a skill that’s very important in Kerin Lake’s life.

After making her debut for the Wales women’s national rugby union team more than a decade ago, Kerin has managed to juggle her sporting career alongside her day job at Swansea Bay.

When she’s not working as an administrator at Tonna Hospital, in Neath, she can often be found training with or representing the national squad.

Kerin, who plays centre, has tallied up a total of 38 caps for her country, and has so far scored four tries.

“I’ve been involved in the Welsh set-up for quite a few years now,” Kerin, pictured, said.

“I’ve come through the regional age grades where I was involved in the under-15s and under-16s and then they set up the Wales under-20s squad when I was playing for Neath Athletic and I got selected from there.

“I was always sporty at school and used to play netball, hockey and football. Neath Athletic set up a squad outside of school and because a lot of us were interested, our school teacher took us as an after school trip.

“We all loved it and set up a team in school. I just loved that it was something completely different and quite physical as well.” 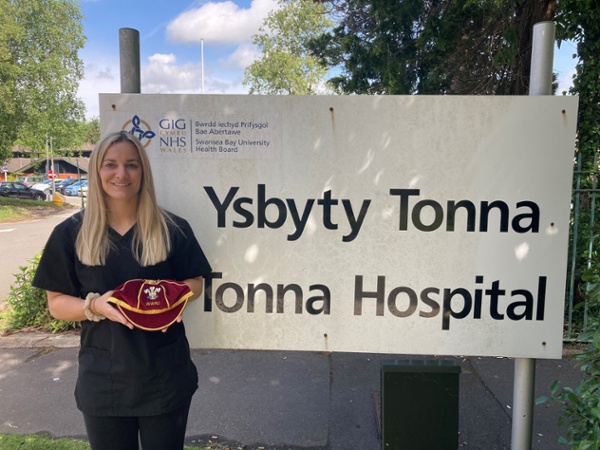 Despite joining the health board as an administrator within the Community Mental Health Team (CMHT) in 2016, Kerin has managed to continue her rugby commitments alongside her career and being kept busy as a mum to son Jacob.

She has recently competed in the TikTok Women’s Six Nations Championship which saw the squad achieve bonus point wins over Ireland and Scotland, helping to secure third place overall, Wales’ best position since 2009.

She added: “The Six Nations for me is just brilliant. I love the whole feel and buzz around it.

“It is tough and it is demanding, not only physically but mentally. It’s a lot of training nights which is sometimes tricky to fit in around work.”

Even being immersed in tournaments and training camps in recent years, Kerin said it was still a challenge to juggle her day job alongside her rugby commitments.

“You would think I’m quite accustomed to it now after the last couple of years but you’re never really prepared for it,” she said.

“I have been allowed to have unpaid leave so I could have some days off as over the last couple of years we have started to train on a Thursday and Friday if we have a game on the weekend, rather than just arriving on a Friday night.

“I was originally having to use my annual leave which was quite difficult as I had to save it up throughout the year to take it in February and March.

“On the days that I train I go to Cardiff in the morning and do the training session and come back to finish my shift in the afternoons, just to make sure I’m getting the hours in.

“The management and team here have always been brilliant with allowing me to work different hours. If it wasn’t for them I wouldn’t have been able to do it.

“It’s difficult but it’s a dream to be able to say I’m a professional rugby player.” 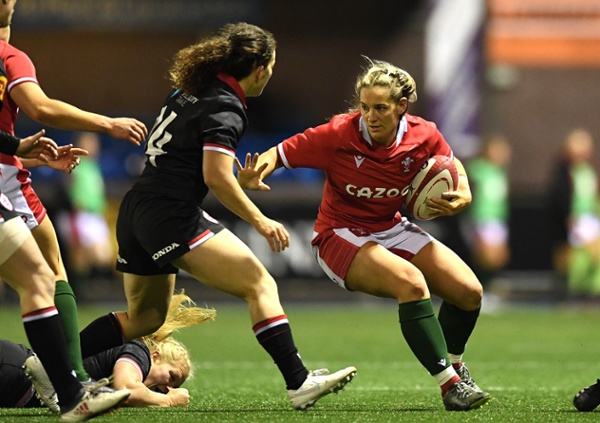 This year, the Welsh Rugby Union (WRU) handed out full-time contracts and part-time retainer contracts in a first for female players in Wales.

Kerin was one of nine women offered a retainer contract, which allows players to train alongside 12 full-time players between one and three days a week.

She said: “When we are taking time off and missing days at work or having unpaid days of leave, it subsidises the days that we’re taking off.

“It’s brilliant and adds that little bit of extra security. It’s just making sure we’re not missing out.

“My management have been so accommodating which allowed me to accept the contract.

“I’ve been putting the hard work in for the last couple of years so it wasn’t something I could say no to, especially with it being such a big year for women’s rugby with the World Cup. It’s going to put me in the best place possible to push for a position in that squad.”

Kerin said being able to work well in a team was one particular quality that benefited both of her careers.

“I think it’s a really big thing because we are an integrated team and there are a lot of people in the team and I’m used to that,” she added.

“The work itself is completely different to rugby and I like that as I can kind of switch off from rugby when I’m in work.

“My colleagues are my number one supporters. I come in after playing at the weekend and they’re all cheering and telling me how proud they are.

“They’ve even started coming to games, which is really nice.

“They’re a shoulder to cry on and pick me up when I need it as well, and I’d like to think I do that for them too.” 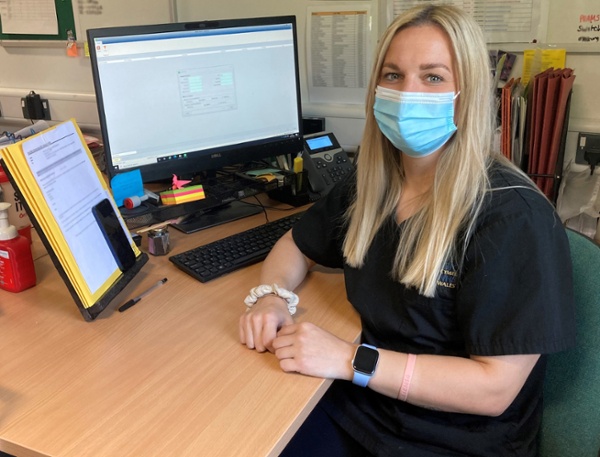 Simone Richards, Tonna CMHT manager, said: “Kerin is a valuable member of our team and all of the team look forward to supporting her when she represents Wales.

“I went to watch the final Six Nations game against Italy, along with a few other colleagues, and it was lovely to see the support there for women’s rugby and how the fan base is growing.

“Having a retainer contract helps Kerin to juggle work, family and her rugby career.

“We have been able to support her to work flexibly around her rugby commitments and I think it has given her the reassurance to know she has been able to do that.

“All of us at Tonna CMHT, and I’m sure all of Swansea Bay, will be rooting for Kerin and hopefully she will be selected to represent Wales in the World Cup in New Zealand later this year.”