Swansea Bay nurse declared a real star by her peers

Colleagues of a Swansea Bay nurse think she is ‘exceptional’ and a nationwide nursing charity agrees.

As a result, Helen Eynon, Ward 6 manager at Singleton Hospital, has been awarded a Cavell Star, given to nurses, midwives, nursing associates and healthcare assistants who shine bright and show exceptional care to their colleagues, patients, or patients’ families.

The awards – run by Cavell Nurses’ Trust – are the result of a nomination by colleagues that is supported by the charity’s panel of judges.

Helen is credited with showing ‘exceptional’ leadership and lifting the morale of her team during the height of the pandemic. 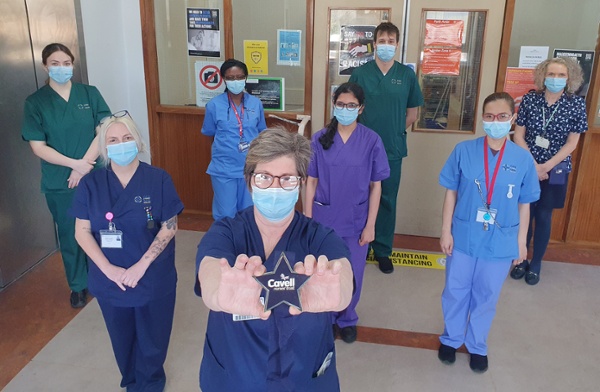 She said: “I nominated Helen for the Cavell Star award because she is one of those individuals who goes above and beyond, even when things are really difficult.

“She’s gone through so many challenges, both from a personal and work perspective, but she continues to shine. For example, she set up our Christmas Mr X Appeal, got everyone involved and we collected lots of toys for underprivileged children. She didn’t have to do it but she did it.

But it is the difference she has made on her ward that is most impressive.

“She’s worked very hard to improve patient care on her ward – the feedback from patients and staff has improved significantly over the past nine months since Helen has been in a permanent position on Ward 6,” Lisa said.

“There’s cladding work going on in Singleton at the moment, which means her ward is split between two different wards, but she is still managing to keep the team together.

“She is an exceptional nurse, an exceptional leader and she has gone above and beyond in every shape and form you could ask for. And more. She is amazing.”

Lisa added that she was not aware of anyone else in Swansea Bay having been presented with such an award. 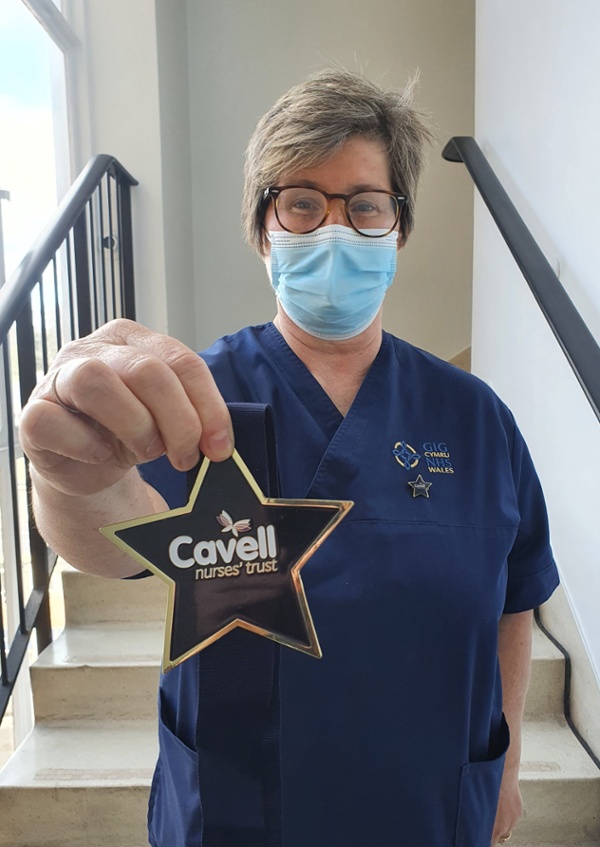 Helen said: “I felt totally overwhelmed and humbled to be nominated for a Cavell Trust award.

“My team and I have improved standards and ensured patients have a positive experience while being in hospital.

“When I took over on ward 6 the team were at a low due to the pandemic. I ensured they shared my vision for improving standards and ensuring that patients received high quality nursing care.

“Improving staff morale was also very important. I set out with my team to improve morale through a few fundraising events - we arranged a cake stall for breast cancer and Mr X appeal which gave underprivileged children a gift at Christmas.

“This bought everyone together. It was lovely to see them enjoying being part of a team again and also helping others.”

Helen Sandry, a member of Helen’s team, said: “Since I’ve been on the ward Helen has been an excellent mentor and has given huge support. She thoroughly deserves this award, she works across two areas, and I don’t know how she does it.”