Swansea Bay University Health Board is helping to save the planet as well as lives thanks to a new fleet of electric vehicles. 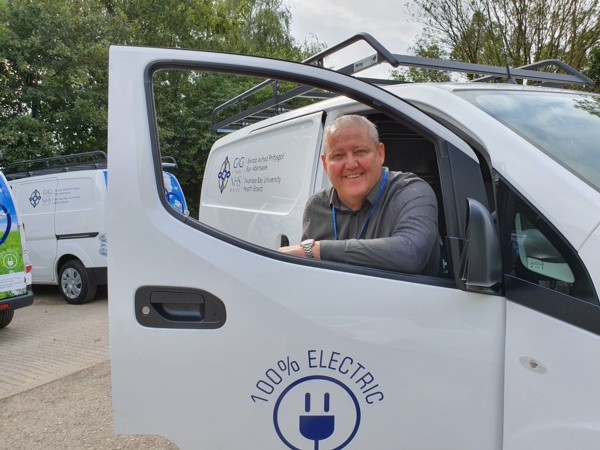 Left: Mr Parry before taking one of the new vehicles for a test drive

It has taken delivery of the five vans, four at Morriston Hospital and one at Singleton Hospital, with distinctive Care without Carbon logos on their rear doors, that run solely on electric.

Not only will the new vehicles help reduce the health board’s carbon footprint the move is also expected to vastly reduce transport costs.

Richard Parry, Operational Estates Manager at Morriston Hospital, said: “Many of the journeys our estates fleet make are relatively short, covering the health board’s estate across the Swansea and Neath Port Talbot areas. Often journeys can be of just a small number of miles, albeit on a regular basis.

“So, as a means of reducing our CO₂ emissions, whilst also demonstrating our commitment to sustainability, we decided to replace our existing diesel engine vehicles, which are at the end of their initial lease arrangements, with 100 per cent electric, zero emissions vehicles.

“The vans will help in the day-to-day running of our estates portfolio by transporting staff and their equipment to various sites in carrying out maintenance activities and in doing so, embracing modern green technology. With the majority of the electrical supplies for the health board being sourced from green sustainable providers, this will also add to our reduction in our carbon footprint presently, and into the future.”

Charging stations have now been installed specifically for the health board estates vehicles at both hospital sites. Each of the vehicles, which could cover between 40-60 miles on a typical day, can last for up to 124 miles on a single full charge, depending on conditions. 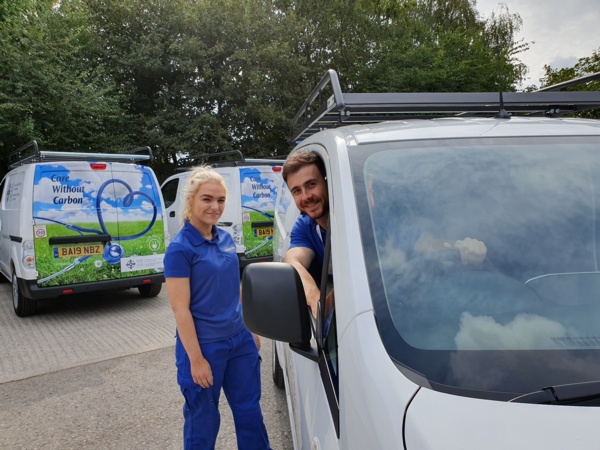 Mr Parry said: “As well as reducing our CO₂ emissions – something which we and every other health board in Wales are monitored on – we also expect the vans to deliver a direct savings on fuel and other associated costs.”