Two Swansea Bay University Health Board staff members, Angharad De Smet and Ayesha Garvey, have been competing for their countries at sporting events in different parts of the world.

The tournament started badly for Wales with defeats against Spain, Scotland, Russia (the eventual winners) and Belgium, before finishing off with wins against Romania and Germany. 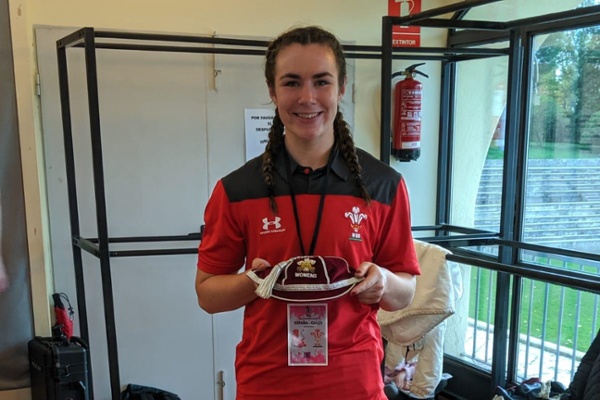 Unfortunately for Angharad, she suffered an injured knee in the last game and faces time away from the sport.

She said: “I scored a try against Germany but later my knee just buckled in a freak accident as I tried to change direction.

“I’ve torn my cruciate ligament but as a physio I should be able to administer my own rehabilitation!

“It was a tough pool and we were in a tough group but it was a good experience all round.

“It was an eye opener to see what female athletes can achieve with the right support and facilities.”

Growing up on the north west coast of Ireland, Ayesha found herself a home from home here in Swansea Bay.

For her training, she makes the most of the waves off the Gower coast and Aberavon beach.

Ayesha met some personal goals through her experience by competing and representing her country in El Salvador.

Although she missed out on the opportunity to compete in the Olympics, she said: “I’ve returned home having learnt so much from surfing alongside those who will be competing in surfing’s Olympic debut, later this summer.”