It’s not just older people who may feel lonely and isolated.

While the vast majority of young people appear to have no shortage of friends or things to do, a new social group has been set up in the Lower Swansea Valley following a request from some 16-30-year-olds.

The Cwmtawe Social and Wellbeing Group meets monthly in the Forge Fach café in Clydach and is now looking for members having been established with help from the Cwmtawe Cluster and Swansea Council for Voluntary Service (SCVS). 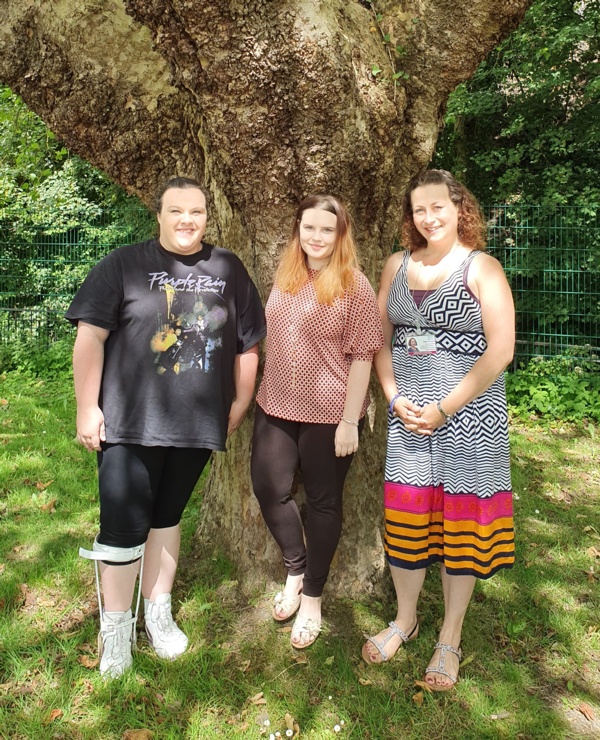 Beth Preston, SCVS mental health information officer, said: “It’s a place for young people to meet but it is targeting young people who may be feeling socially isolated, for whatever reason that may be, whether it is down to mental health or long term health issues.

“There’s been a big drive for things for older people, highlighting loneliness, but people may be unaware that there are a lot of younger people out there who could be very lonely.”

A Cwmtawe social prescribing project highlighted that there was a gap in provision of this sort which led to the project being funded by a Changing for the Better small grant in 2018 supported by Swansea Bay University Health Board's Charitable Funds Committee.

Beth said: “Due to this gap in provision being highlighted, the original project was to coproduce a wellbeing programme for young people. Those who attended felt strongly that what was missing was a social group for those who are socially isolated.

“So we set up this group. It runs on the first Tuesday of every month and we meet in the Forge Fach café in Clydach but the group also goes off and does activities, once a month, such as bowling and going out for food.”

Besides the regular meets, on the first Tuesday of each month from 12.30pm to 2.30pm, members can keep in touch with one another via a closed Facebook page.

There are many reasons young people may feel isolated and in need of support – be it down to long term illness or a disability, mental health issues, being a young carer or parent, bereavement or LGBT+ factors.

Group member Hannah Kompaniez, aged 24, struggled for a while to find a group of people her own age.

She said: “I saw a poster for the group displayed in my local chemist and arranged to come along. Since I left school I haven’t really socialised or mixed with anyone. I’ve gone along to other social groups but found the ages a lot older. There’s not a lot of social groups for people our age, people don’t seem to understand that there is loneliness at our age as well.

“I thought I would give it a try. I can’t even begin to explain how it has helped. Coming here I met my friend Katie, I don’t really interact with people of my own age at all, so coming here and meeting others has really helped - it’s been all girls so far – just chatting, we have a chat about everything.

“And as for going out, I haven’t gone out with people of my own age for a long time. We went bowling and it was lovely. Just doing things normal people our age would do and not feeling that isolation, because I do spend a lot of time in the house and I do feel lonely, that’s why I came to the group. I have noticed a significant change in my emotional wellbeing, and my mother has as well.” 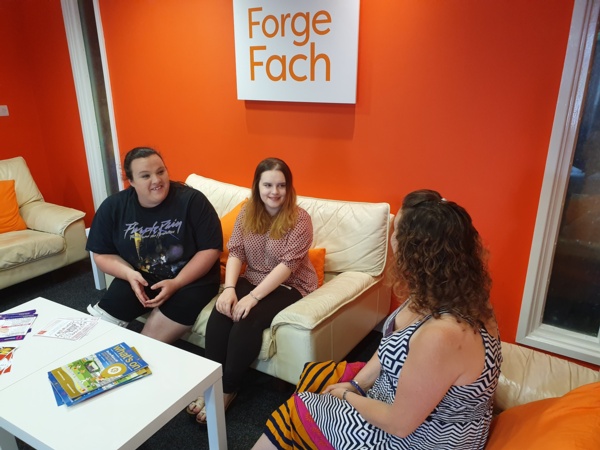 The group was launched a few months ago, and new members are more than welcome as long as they live in the Cwmtawe Cluster area.

Encouraging others to join the group, Hannah said: “The hardest step is the first step. I can remember coming here first and feeling awkward but I was so glad from the moment I sat down and started chatting, getting to know people, it was the best decision I’ve ever made. It was nerve-wracking and my anxiety was so high but it was just getting over that first hurdle – I was so glad I did.”

Katie Morgan, aged 23, has been a member of the group from the start. She said: “Being involved with the creation of the group and having my say in what is needed was great.

“I’ve had chronic illnesses from a very young age, which impacted my ability to do things that other young people my age could do and caused me to become more isolated. I’d tried a few different support groups and they were always with people a lot older than me.

“There was nothing for young people, nowhere where they could just meet and talk openly about their issues.”

Katie said the group had made a real difference to her.

“There’s around 13 people in the group but not all of them come along but they keep up with us online, even if they can’t come along there’s always the Facebook group.

“As Hannah said, the first step is the most difficult but it is life-changing when you actually come along to something like this. Even if you don’t want to stick with it, just knowing that there are other people out there, gets rid of the stigma.”