A retired hero policeman who was a key figure in foiling the attempted Millennium Dome heist has thanked the NHS for the “gold-standard service” he says saved his life.

After suffering a heart attack at his home in Swansea, Clive Rew was taken to Morriston Hospital and underwent procedures to unclog three arteries – one of which was 100 per cent blocked.

The 64-year-old had four stents successfully installed, and is now attending an aftercare service at the hospital as part of his rehabilitation.

Every day since, he’s been thankful for the quick thinking of his family and the efficiency of those involved in his treatment.

“I had chest pains and briefly passed out. My partner Susie was there, while my sons got to my house very quickly. They called 999 immediately,” he recalled.

“The first responder was great. He was with me very quickly. He said ‘sorry pal, you’re having a heart attack, we have to get you to Morriston ASAP’.

“They put me in a chair to carry me downstairs as soon as the ambulance arrived. But as I was sitting upright my blood pressure dropped, so I passed out again and ended up on the floor.

“I vomited but my eldest son has some medical training and he quickly and crucially cleared my airway before turning me on my side.” 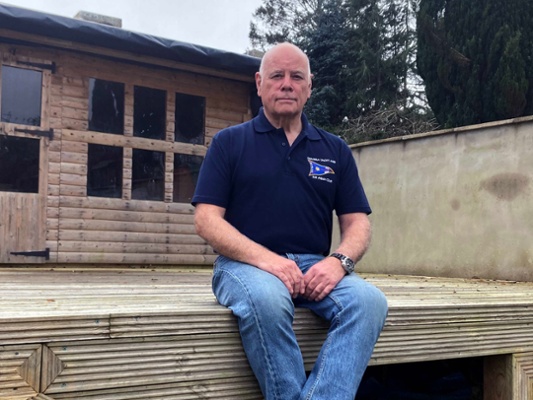 Clive is a former Specialist Firearms Command team sergeant for the London Metropolitan Police. In 2000, he arrested one of the gang members attempting to steal diamonds worth £350 million from the Millennium Dome.

When he had his heart attack, he put his more than 30 years of experience in the force to good use.

“In the ambulance, I knew it was serious given the looks on everyone’s faces – I could tell it was time critical. I have been in enough situations in my life where things are time critical, and this was one of them,” he said.

“I didn’t go into full cardiac arrest, which was good, and I was fairly calm throughout as I’d been trained to stay calm. If I had panicked, then I’d have made it worse.

“It felt like I got to the hospital in a matter of moments. It was because all the cogs in the process worked so effectively together that I got there quickly.

“At Morriston Hospital I was straight into theatre, and everyone was ready to work on me. They went in through the radial artery in the right arm, up and across to the heart to unblock an artery that was 100 per cent blocked.

“The bizarre thing about it was that I felt safe because I was in good hands. I was concerned, of course, but I needed to stay calm to give myself the best chance. I was in the best hands in the world.

“The efficiency of the whole operation, from start to finish, was crucial. I could have been minutes, even seconds, away from dying. It was time critical, and the NHS saved me. It was gold-standard service.” 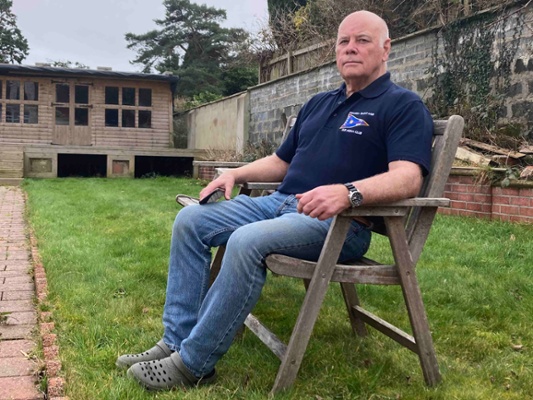 After two further arteries were unclogged, Clive opted to take part in the trial of a drug designed to lower the chances of suffering another heart attack.

The trial involves 20,000 people from around 50 countries, and is only offered to people who have suffered certain types of heart attacks.

As Clive continues his recovery, he was keen to show his gratitude for the professionalism and quality of service given to him during his ordeal.

“I want everyone to know that they all played a key role in saving my life – not just the consultants involved, but everyone in my journey from my house to the hospital and everything that went on within Morriston Hospital,” said Clive.

“I must thank consultants Dr James Barry, Dr Omar Aldalati and Dr Muhammad Zia Ul Haq; cardio registrar Dr Ahmed Sabra, ward junior doctor Dr Naomi Dennehey, all the staff who were involved in my procedures and the team on the Cyril Evans ward. Debbie Williams, the clinical trials nurse who I discussed the trial drug with, was also very professional and helpful.

“I know what it’s like not to get thanked for pretty much all of your service, but these people need to know what they did will have such a massive effect on my life and those around me.

“The wonders of modern medicine and the skills of the surgeons are incredible.”