The main outpatient waiting areas at Morriston Hospital have changed almost beyond recognition as the fight against COVID-19 continues. 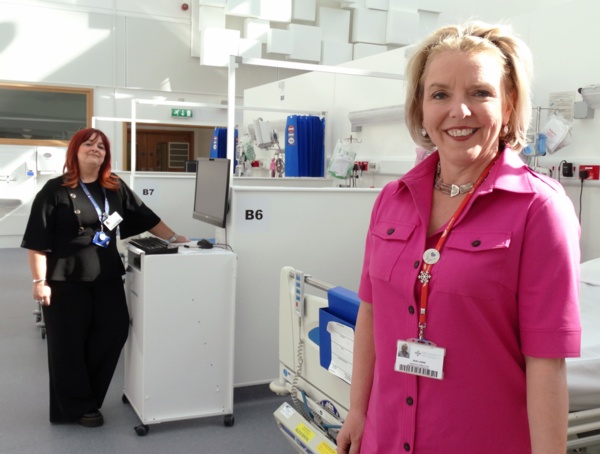 Just a few months ago they would have been filled with people waiting for their appointments, to have blood taken, to be seen in the fracture clinic or treated in the plaster room.

Now there are dozens of beds, and space for even more where the most critically unwell patients can be cared for if there is a surge in admissions.

Hopefully that day will never come. But the capacity is there if needed.

Morriston Hospital has already undergone significant changes since the outbreak began back in March. These include the development of a Respiratory Assessment Unit and the Children’s Emergency Unit.

The Emergency Department has been divided into two distinct zones, one for patients with confirmed or suspected COVID, the other without.

Now a critical care area has been unveiled in the large, open-plan waiting area in the outpatients department.

Work meanwhile continues on a self-contained second area in the second waiting area located alongside the retail outlets, while the phlebotomy department has moved upstairs.

Hospital Director Deb Lewis explained: “At the start of the pandemic crisis we were asked to increase our critical care capacity to the maximum we could do here.

“The only way we could do that was to explore open spaces we could convert because we’re very constrained onsite for space.

“We looked at the large waiting area and thought that could be converted.

“We drew up plans with capital planning colleagues and the architects, and there are now 31 beds in the main open space of the waiting area. 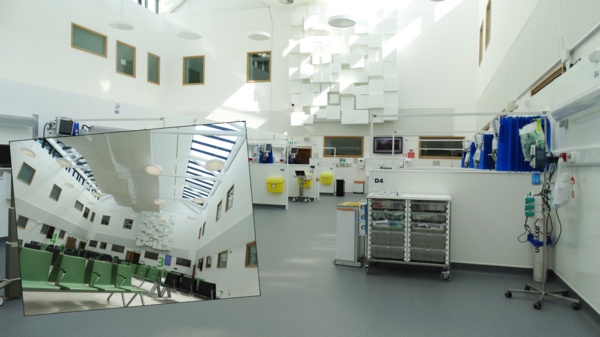 “Behind that we’ve repurposed the old fracture clinic and plaster room to potentially create space for a further 12 critical care beds.

“All the medical gases and clinical infrastructure needed to move into that area are now in place.”

Meanwhile the area at the front of the retail areas and extending back to the children’s play area has been boarded off. Work is ongoing to create another 24 critical care spaces within this self-contained facility.

Mrs Lewis said: “We hope we won’t need to go into that space. So we have drawn up plans as to how we can use it differently until we do need to go in there from a critical care perspective.

“The fracture clinic and the plaster room were temporarily moved to Neath Port Talbot Hospital.

“The demand was significantly lower than we would have normally experienced because a lot of people were staying at home more, so that’s worked well.

“Now people are out and about more than they were, demand has started to increase, so the service needs to move back here.”

That’s why, for now at least, no beds will be put into this second area, which will house the fracture clinic and waiting room, with the plaster clinic external to that as it will require different ventilation.

All that should be in place around mid-June. However there will be no temporary alternative use of the main waiting area until it’s confirmed the increased critical care capacity is not needed. 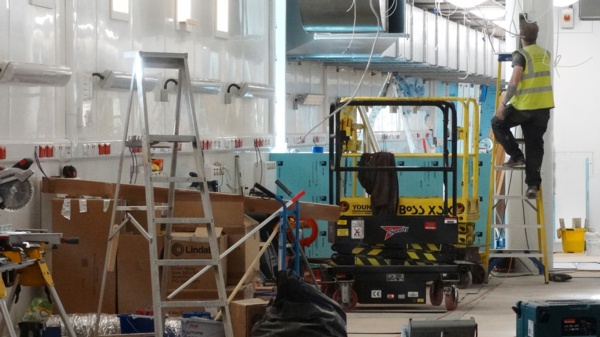 “They have worked weekends, extended days, into the early hours of the morning. They have been here 24-7.

“When we saw the opportunity in the old fracture clinic and extended it from 31 to 43 beds they responded to that and the whole project took a maximum of three weeks.

“It’s not just the bedded areas, there’s a whole infrastructure and they’ve worked extremely hard delivering it for us.”

Mrs Lewis said that, should there be a second wave of admissions, the health board was incredibly well prepared.

The new area created alongside the retail units

This was not only in terms of critical care but also the ability to move patients to other locations, such as the field hospitals, if they did not need to be in an acute hospital but could not yet return home.

“Success would mean we do not need these facilities, but if we had needed them and we hadn’t had them that would have been catastrophic.

“If we need to use them, they’re there and they’re available. If we don’t, that’s good news.”

Mrs Gallagher added: “It’s assurance for our operating system. We have the critical care expansion on the Morriston site, but also the wider capacity expansion in the field hospitals – so it’s a system-wide preparedness response.”