Local pharmacies a convenient option for getting protected against flu

Anyone who has been thinking about getting the flu jab but can’t get to see their doctor can simply call into their local pharmacy instead.

Pharmacists are trained to give flu vaccinations and are a good option for people whose working hours or other commitments makes it difficult for them to get to their GP surgery. 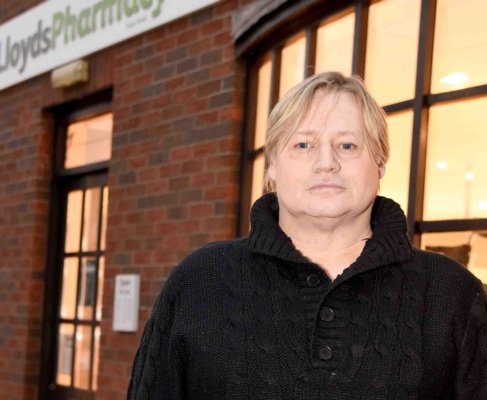 Pharmacies have longer opening hours than surgeries. Many open on weekends, and people can often walk in and get vaccinated without having to book an appointment.

The convenience of the service is proving popular with patients across the ABMU area, with 96 out of 125 community pharmacies offering flu jabs.

The vaccination is free to anyone aged over 65 and to at-risk groups like carers, pregnant women and people with some chronic health conditions.

For everyone else it costs about £10 – a small price to pay to avoid the misery of flu symptoms.

With the flu season now in full swing, the message is to get vaccinated as soon as you can - even if you are not in one of the at-risk groups – to help protect yourself and avoid spreading it to others.

Benjamin Rock, a pharmacist at Pearns Pharmacy, Cwmfelin, Swansea, said: “We advise people to get their jabs early because it takes two weeks for the immunisation to become effective.

“Everyone should get a vaccination because it not only protects you, but also your friends and family, some of whom may be vulnerable to infection. It also stops the bug being passed on by people in the street or on the bus.”

He said: “Flu cases put tremendous pressure on hospitals and GP surgeries every winter, so pharmacies are helping to take some of that pressure off by preventing more people from catching flu and passing it on to others.”

Jeffrey Oldfield, 61, got his flu jab from Ian this year instead of at his GP surgery. 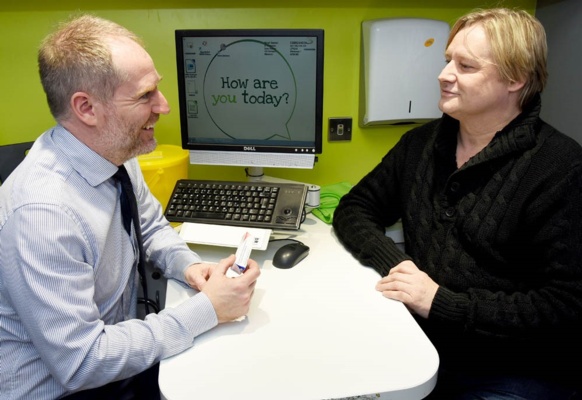 He said: “I usually get vaccinated at the doctor’s and this is the first time I’ve had it at the chemist. I saw the signs in the shop at the beginning of October so I asked about it and Ian said: “I can do it here for you.” And I said: “When?” and he said: “Now!”

Jeffrey is entitled to a free vaccination because he suffers from chronic respiratory disease.

He said: “I have chronic asthma and whenever I get a cold I often get pneumonia or bronchitis and I’ve been hospitalised a few times with it.

“It’s been really convenient being able to come here for the jab instead of going to the doctor’s. You would be waiting in a queue there, and the surgery always seems very busy.”

Ian said: “GPs normally run one or two flu clinics a week but if people can’t make it to one of those, they find it handy to be able to pop in here, especially as we are open from 8.30-6pm Monday to Friday and 9am-1pm on Saturday.

“Most people just walk in and have the vaccination there and then but we can also make appointments.”

Pharmacists are fully trained to deliver the injections and undergo an online assessment every year and face-to-face training every two years with qualified nurses. 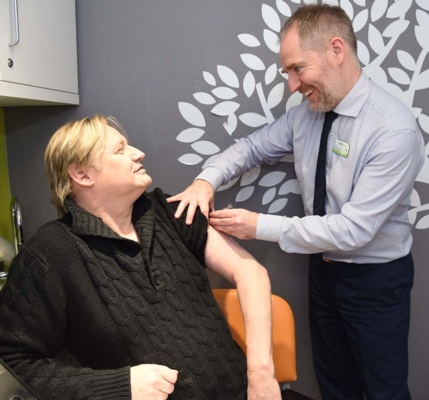 “Vaccinations are given in a private room and before we go ahead we take people through an online form to make sure it is safe to administer it to them,” said Ian.

“We check for any allergies and if anyone did have an allergic reaction, we are fully trained in resuscitation.

“I have been giving vaccinations for almost 10 years and the same people come back every autumn because they find the service so quick and convenient.”

Ian has reassuring words for anyone worried about any side effects of the jab: “Some people get mild soreness on the arm for 24-48 hours after the injection, but on the whole it’s pretty well received.

“It’s a myth that the vaccination can give you flu because there are no live viruses in the injection. It’s possible to catch flu after you’ve had the injection because it takes up to two weeks to become effective.

“And no vaccination is ever 100% guaranteed because viruses can mutate.

“That is why it is important to get a jab every year because the virus is constantly adapting.”

Public Health Wales analyses flu strains each year and decides what should go in the vaccine. The contents of the flu jab are determined by which viruses caused the most problems in southern hemisphere countries like Australia during their winter, as the virus travels north.

Ian said: “There are two different injections this year, one for the under 65s and one for the over 65s. We have good supplies of both.

“It’s vital at-risk groups have the jab, but also anyone else should have it to protect themselves and others.

“Flu is very contagious and it can kill.”

*Watch our video interview with Ian and Jeffrey - see end of bulletin.

*The pharmacy vaccination service is available to the over-18s. Parents should take children to their GP.

*NHS flu vaccinations are available from pharmacies from 1 October – 31 March.

*Free flu injections are available at pharmacies to people with:

*Click here to see if your local pharmacy is providing the service.