A group of GP practices has launched a new scheme to help the environment by recycling inhalers that are no longer needed.

The Upper Valleys Cluster, which is made up of four general practices - Amman Tawe Partnership, Dulais Valley Primary Care Centre, Pontardawe Primary Care Centre and Vale of Neath Practice - is trialling the project until the end of January as a way of cutting down on harmful emissions.

Patients registered with any of these practices can hand in their used inhalers at any of the pharmacies based within the cluster. 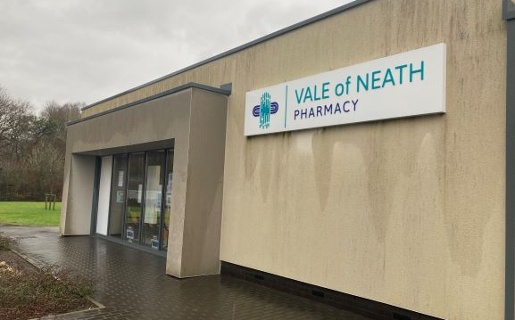 When inhalers are thrown away and end up in landfill, gases that are harmful to the environment are released from the canisters into the atmosphere.

Choosing to recycle them instead not only helps to dispose of them safely but reduces the amount of greenhouses gases released, while also recycling the hard plastic holder.

Once handed into a pharmacy, the inhalers are heat treated, so the damaging substances can be broken down by the high temperatures, before the plastic is recycled.

Pictured: The Vale of Neath Pharmacy is just one of the pharmacies where inhalers can be recycled

The cluster’s lead pharmacist, Niki Watts, said: “Helping the environment and working towards the decarbonisation of the NHS are both important issues.

“We felt that a simple method we could introduce to help would be to encourage people to recycle their used inhalers.

“We want people to bring the aerosol canisters inside the inhaler to us as well as the plastic holders.

"Even when there’s no medication left in the aerosol, there’s still a residual amount of hydroflurocarbons inside, which are greenhouse gases.

“If the inhalers end up in landfill the gases just leak out into the atmosphere whereas when we recycle them, they get heat treated which destroys the greenhouse gases.” 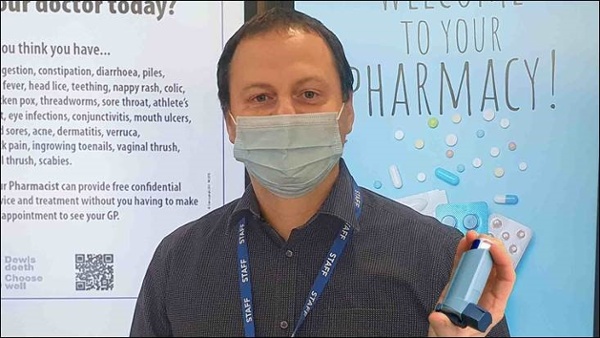 Members of the public can visit any pharmacy within the Upper Valley Cluster and hand their inhalers in over the counter.

If the pilot project is successful, it is hoped to be expanded so a larger number of pharmacies will be able to help to safely dispose of them.

Niki, pictured, who is based at the Vale of Neath Pharmacy, added: “A surprising amount of the carbon footprint within the NHS comes from inhalers.

“When patients who use inhalers come into the pharmacy we explain the benefits of recycling them and ask them how they dispose of them at the moment.

“We then ask them if they would plan on returning their inhalers in the future after being told how harmful they can be to the environment.”

Upper Valleys Cluster lead, Dr Rebecca Jones, said: “We all need to do our part to help in the fight against global warming.

“I was shocked when I realised that inhalers contain damaging greenhouse gases and that only one per cent are returned to pharmacies for safe destruction.

“The Upper Valleys Cluster is encouraging people to do their bit by recycling their used inhalers to their pharmacy instead of putting them in their household rubbish or recycling them where they can’t be recycled.

“We hope this small step will help protect our environment for the future.”

If you use an inhaler, go to this page to fill out the cluster's short survey about recycling inhalers. 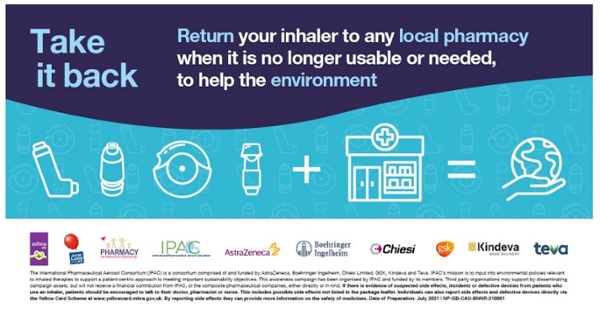