Families wanting to be close to their newborn babies being cared for in a Swansea hospital can now unwind in peaceful surroundings following a heartfelt donation.

The garden area at the Neonatal Intensive Care Unit (NICU) in Singleton Hospital has been transformed after one family made the generous decision to give something back to staff who cared for their daughter. 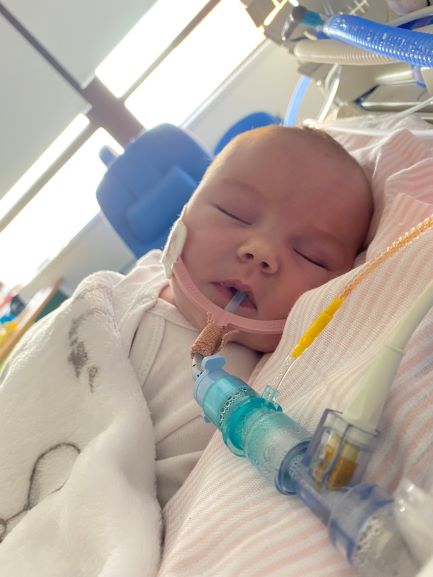 Back in June, Sophie Taylor, from Milford Haven, and her partner Simon Dickinson welcomed their daughter Ivy into the world at Glangwili Hospital, Carmarthen.

But it quickly became clear that she would need specialist care after experiencing meconium aspiration around the time of her birth.

Meconium aspiration syndrome occurs when a newborn baby inhales a mixture of meconium and amniotic fluid into the lungs around the time of delivery.

While many babies recover once treated, it can cause respiratory complications and in some cases may limit oxygen to the brain.

Sophie, aged 23, said: “Ivy was born on June 30th at Glangwili Hospital and we got transferred to Singleton Hospital on the same day for specialist care.

“She didn’t take a breath until 12 minutes after she was born. Her brain was deprived of oxygen so she had quite severe brain damage.

“Her lungs and heart were working overtime to try and compensate for that.

“She was put on a ventilator and was receiving a lot of medication and she also had to have a feeding tube too.”

During their daughter’s time at the unit, Sophie and Simon stayed in one of the family houses available within the hospital grounds so they could be close to Ivy and not have to travel home to Pembrokeshire.

The couple and their family would often use the outdoor patio area as a place where they could relax and spend time together.

“My family would come to the hospital too and while they were waiting for updates, as they couldn’t come in, they would spend a lot of time in the outside area,” Sophie added. 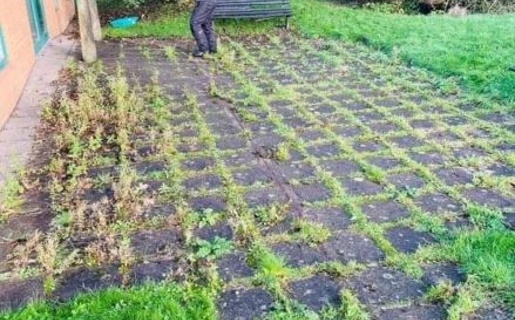 “My dad told us that they had spent a lot of time there and that it was a shame the benches weren’t nice ones.

“He used to say it would be a really nice area if it had been tidied up."

After returning home, the family talked about wanting to help transform the garden area and made the decision to organise raffles to raise funds towards it.

Two memorial benches, one of which is engraved with Ivy’s name, have since been generously donated and the family even raised enough money to have the patio jet-washed and tidied up.

Pictured: A before and after of the patio area

Sophie said: “With what we went through, it was so hard being so far from home.

“It’s nice to have somewhere to go that is peaceful and where you can just gather yourself. 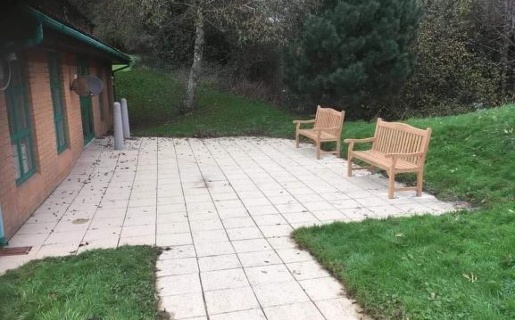 “The hospital staff were amazing and they let our family see Ivy but during the first couple of days they couldn’t come in at all because of Covid restrictions.

“Being able to go outside and use the area made it a nice place to go and be able to be together.”

In addition to the bench in Ivy’s memory, pictured below, the family decided to dedicate the second bench to all of the staff at Singleton Hospital as a way of thanking them for their care.

Helen James, matron at the Neonatal Intensive Care Unit, said: “We would like to thank Ivy’s parents for their generosity and kindness.

“This kind gesture will allow our families that use our accommodation to have pleasure in sitting in the garden and to relax on the beautiful bench they have donated in Ivy’s name.”

Sujoy Banerjee, lead consultant at the unit, added: “It is an incredible act of kindness from Ivy’s family and friends at a very difficult time in their lives.

“Their donations have transformed the area and will provide an ideal natural space for other families to relax and unwind.

“On behalf of the staff and families from the neonatal unit, I would like to thank Sophie, Simon and the extended family for this wonderful gesture.”