Fire-hit ward likely to be closed for three months

A fire-hit ward at Singleton Hospital in Swansea is likely to be closed for up to three months while repairs are carried out.

The blaze affected ward 12, which looks after patients with cancer, on Sunday evening. No other wards were affected by fire.

Our fire plan was implemented successfully and all 36 patients, and staff, were evacuated promptly and safely. No one was injured. However, as a precaution, those who may have inhaled smoke were monitored. 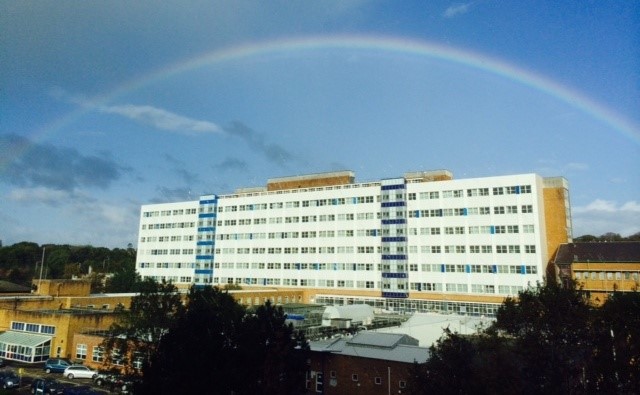 The damage has now been assessed and the ward will be out of action for up to 12 weeks.

In the meantime, ward 12 has been moved to ward 20, where it will remain while repairs are carried out.

Ward 20 has recently been occupied by the Singleton Assessment Unit (SAU), while its base at the front of the hospital has been refurbished.

That work has now been completed and the SAU has moved back to its original home, freeing up ward 20.

We have, however, been able to manage this situation in the first instance through suitable discharges and the relocation of two patients to other parts of Singleton Hospital.

Singleton Service Director Jan Worthing said: “Normal service has resumed in the rest of the hospital today thanks to the hard work of our staff and we have also been able to accommodate all of our elective work.”

Due to the particular circumstances surrounding the incident, we are unable to disclose the cause of the fire.

However, a joint investigation into the incident, between Mid and West Wales Fire and Rescue Service and ABMU, has concluded and has deemed that no further action is required. 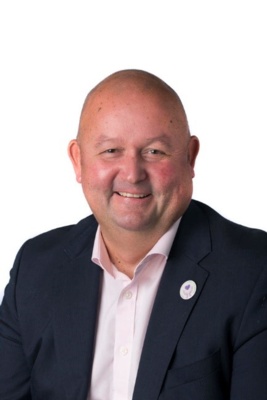 ABMU’S Director of Nursing and Patient Experience Gareth Howells, right, has praised staff in Singleton and across the health board for their response to the fire.

He said: “We are very proud of the way staff on ward 12 and throughout Singleton Hospital – from our portering staff, site teams and those who dealt directly with the fire – dealt with Sunday evening’s incident.

“They demonstrated great courage and compassion ensuring our fire plan was implemented quickly and correctly, which resulted in the safe evacuation of all patients.

“They have been ably supported in the aftermath of the fire by staff across all of our sites, who have worked tirelessly and in unison to ensure the inevitable knock-on effects were kept to a minimum.

However, due to the loss of 16 beds and the coincidental unprecedented demand on our Emergency Department at Morriston Hospital, the public are being urged to think carefully before travelling to the ED.

Andy Macnab, pictured below left, Associate Unit Medical Director, Morriston Hospital Emergency Department, said: “We do not currently have the usual level of flexibility to transfer those patients deemed suitable from Morriston to Singleton to free up space. This is having a knock-on effect on patient flow through the Emergency Department (ED).

“At the same time we have experienced a surge in attendance in ED particularly from walk-in patients – yesterday (Monday March 25) saw a higher level of attendance in ED than at any point throughout the winter.

“We are urging patients to please think carefully before coming to ED here at Morriston or at the Princess of Wales Hospital in Bridgend.

“EDs are only for serious and life-threatening illness and injuries, such as suspected heart attack, breathing difficulties, heavy blood loss and loss of consciousness.

“In case of minor illness and injury please use alternatives such as your local pharmacy, GP surgery, 111 telephone service and the minor injury unit at Neath Port Talbot Hospital.

“We know from experience that our local community can be extremely helpful at times like this and would really appreciate their continued assistance in not using the ED for non-emergency problems.”