A children’s ward at Morriston Hospital has been gifted enough presents to fill Santa’s sleigh from a family grateful for the care its staff gave their daughter.

Above: Danielle and Daniel Coffey say a huge thank you to ward sister Sandra Mack for the care her team provided their daughter Paige with a huge donation of Christmas presents.

Paige Coffey spent so much time on Ward M during her short life that the nurses and other health care workers became like family to her.

Following Paige’s passing in July, at the tender age of seven, her parents Danielle and Daniel, together with their families and friends, wanted to do something to show their appreciation that would also benefit other children and their families.

An appeal was launched on social media, which saw the family make and sell ribbons in Paige’s memory, resulting in £5,500 worth of presents being delivered to the ward.

Danielle, Paige’s mum, said: “This is more than a thank you. The team looked after Paige since she was 18 months old. The doctors told us that we would lose her at 4 but she made it past her 7th birthday.

“It’s a home away from home, Morriston Hospital, thanks to all the girls there. They’re like family. We are more than grateful and this is just a small thank you.” 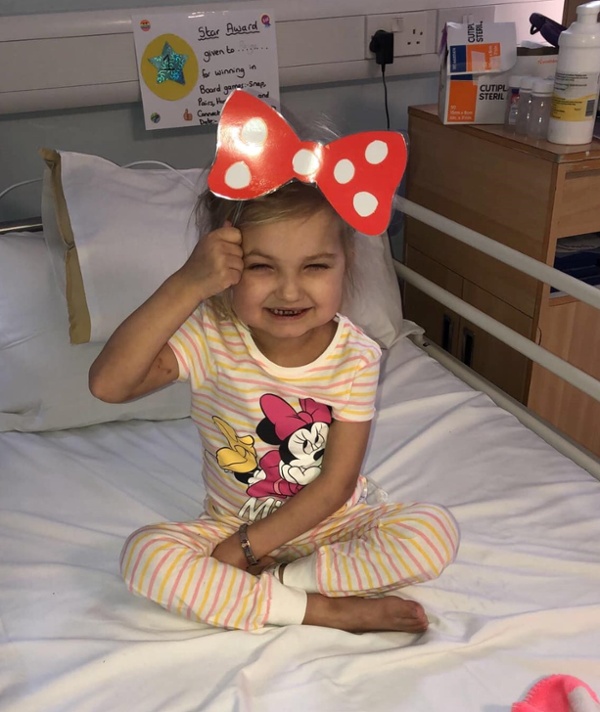 Paige (left) showed tremendous bravery in facing up to several conditions, which meant she had to spend a lot of time in hospital.

Although the family is from the Gendros area of the city, the appeal saw offers of support arriving from throughout the Swansea area and beyond.

Danielle said: “My brother-in-law Jamie placed a post on Facebook and everyone got involved and helped as much as they could.

“I think Paige touched so many hearts. People just wanted to donate, she was amazing.”

Amongst the items delivered to the hospital were 11 flat screen TVs, iPads, travel mugs for nurses, countless toys and two microwaves.

“The response has been amazing,” said Danielle. “We asked ourselves what the children and their families, and the nurses, needed. I think we’ve covered everything. We are more than happy. The only thing we need now is a bigger family room.”

Ward sister, Sandra Mack, said: “We are very sad that Paige has left us.

“We looked after her for a very long time. She was in and out of hospital and the whole team grew great affection for her. We also developed a strong bond with her parents and wider family.

“We will be forever grateful for the donations made to us. It’s very kind of the family to do so.”

Cathy Stevens, Swansea Bay Health Charity’s fundraising officer, said: “Seeing how much love the family showed towards the staff on the children’s ward was very heart-warming and emotional.

“They were so grateful for all the support, love and care they showed not only to Paige but to the whole family and they continue to have a very special bond. The family showed their gratitude through this enormous donation which will keep the children on the ward very busy.” 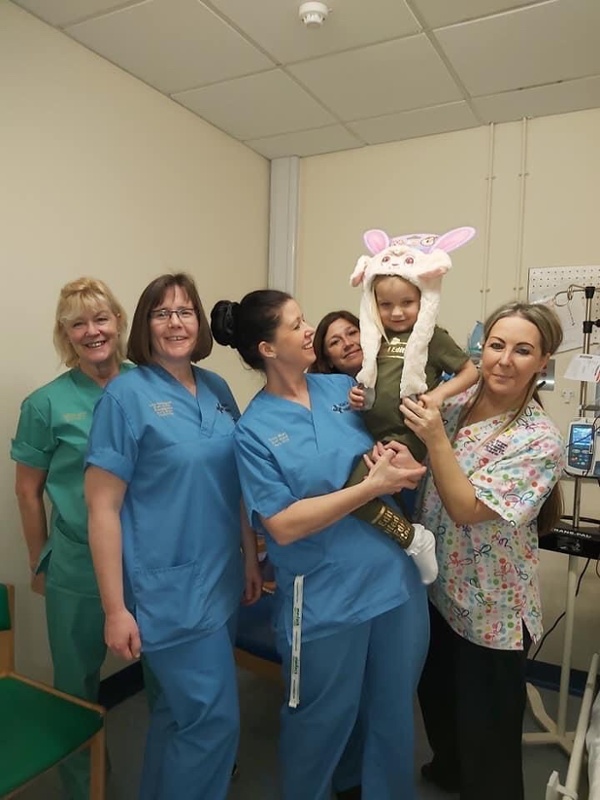