The family of a former Morriston Hospital patient has gone to great lengths – including cycling from south to north Wales in record time - to raise over £20,000 for cancer research in Swansea Bay.

Sadly, Philip Francis, who had colorectal cancer, passed away in May 2020 just short of his 64th birthday, but not before leaving his mark through his ‘unique character and personality’ on those in the health board who helped care for him.

Although Mr Francis lived in Cowbridge, he spent a large amount of time receiving treatment in Morriston Hospital, under the care of Professor Dean Harris, an expert in colorectal surgery.

His widow, Anita Francis, said: “My husband was diagnosed in June 2018, and he was referred to Professor Dean Harris in Morriston Hospital because of the type of cancer he had.

“It was before the pandemic and all his treatment was done really quickly.  He was booked into Morriston for surgery 9 December 2018 having had six weeks of radiotherapy.”

Unfortunately, Mr Francis’s health never fully recovered, and he needed two more major operations, though he remained extremely positive throughout. He spent much of the next 18 months on Ward V in Morriston. 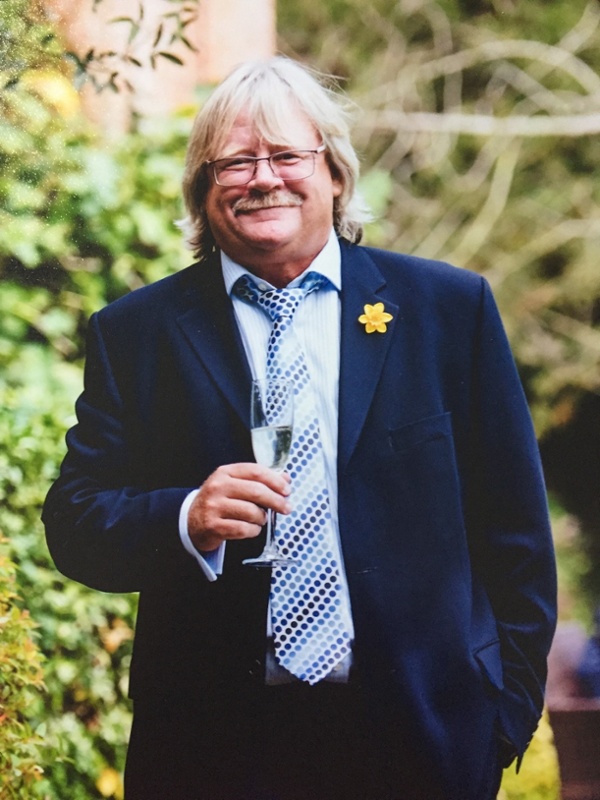 Mrs Francis cannot praise Professor Harris and his team enough for the care they gave her husband.

She said: “He had wonderful care the whole time he was there. Professor Harris is obviously a very clever man. He always managed to tell us what he knew we could deal with, and never too much that we couldn’t deal with it.

“From the moment I met him, along with all the nurses, the sister and ward manager, the physiotherapists, dieticians, every single member of staff in the Intensive Care High Dependency Unit and on Ward V – every one of them made us feel like Phil was their most important patient, which is quite a skill.

“They were just so wonderful. They even bought him Christmas presents.  When he was in hospital for a long time, they would let him come home for weekends, they wouldn’t discharge him, they would just let him out for a couple of days.

“Then on his return they would have cleaned up all round his bed, because it was always a mess and leave humorous notes like ‘please keep this area tidy’.

“One of the nurses, would wash and dry his hair for him – it was like a beauty salon when I would go in to visit him, with water everywhere, but they made him laugh.

“Sadly, because of lockdown rules during the pandemic, we weren’t allowed to have a traditional funeral, but so many of the nurses travelled to Cowbridge to stand by the side of the road, near the crematorium, and waved at the funeral cortege.”

It was all this kindness that made Mrs Francis determined to give something back and she set about fundraising for the GI Research Fund - set up by the Colorectal Unit in Swansea to support high quality research into colorectal cancer.

She said: “They were always so wonderful with him, and I just felt that we needed to do something. I wanted to tell everyone how kind they had been.”

In August 2020, Craig Burrows (husband of Phil’s niece), cycled from South to North Wales. Not only did he raise close to £10,000, he also smashed the previous Guinness World Record by 4 hours, completing the 180.2 mile challenge in 8 hours 58 minutes.

Craig said: “The whole aim was to raise as much money as possible in memory of Uncle Phil. We wanted to do something that was challenging and being obsessed with endurance sport I thought there is no better challenge than to cycle the length of Wales – a country Phil loved.

“The care he received was second to none. I felt there was a real personal touch from Dean. My aunt speaks so highly of all the care he received, not just from Dean, but from all the nurses and staff. It was a privilege to raise money for those guys.” 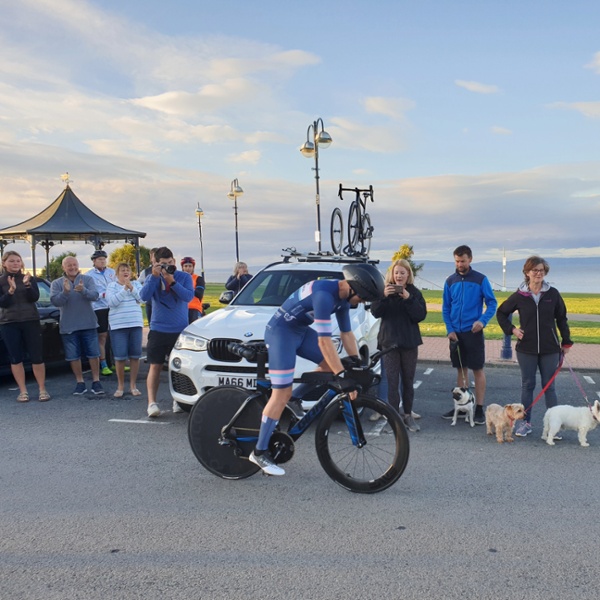 (Above: Craig Burrows completes his cycle in record time)
More recently Mrs Francis held a commemorative evening, at Cowbridge Rugby Club for family and friends to come together and remember Phil.

She said: “I could not hold a fundraiser until fairly recently because of Covid, so at last this could go ahead this year, enabling all those who had not been able to attend the funeral to come together and celebrate Phil’s life.”

“The former rugby international and pundit Brynmor Williams spoke and former Wales captain Bleddyn Bowen, who was on the ward with Phil, also came along.

Professor Dean Harris, who attended the commemorative evening, said: "It was an honour and privilege to attend the celebration of Philip's life, and to speak in his honour and recount his unique character and personality.

“I am overwhelmed with the amount of money raised in Philip's memory for the GI Research Fund, which is testament to how much people thought of him.

“The funds will be used to boost Swansea's ambitious research programme to fight colorectal cancer, including development of a blood test for earlier detection of cancer and a system to personalise cancer treatment."