Plastic surgeons in Swansea have joined forces with a BAFTA-winning animator to help children recover faster from minor surgery.

They have produced a cartoon called Numb and Numb-er, which shows young patients the benefits of opting for a local anaesthetic over a general anaesthetic where suitable.

These include being able to watch cartoons, listen to music and even ask the surgeon questions while they’re on the operating table.

Most importantly, children who have a local anesthetic recover and leave hospital much quicker.

“We are so delighted with the new film that could make such a significant difference to children locally and worldwide,” said Nick Wilson-Jones, Consultant Paediatric Plastic and Reconstructive Surgeon at the Welsh Centre for Burns and Plastic Surgery in Morriston Hospital.

“It is one of those rare situations when we can improve patient care and experience at the same time as reducing costs.”

Local anaesthetic is often suitable for children having surgery on minor lumps, bumps and injuries, but not always taken up. 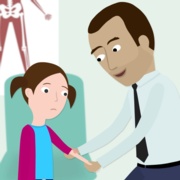 Surgeon Nick Wilson-Jones at work
ForMed Films Nick and plastic surgery registrar Richard Thomson called in Emma Lazenby of ForMed Films to help them convey the message because of her proven track record with their target audience.

Over the years she has worked on the popular CBeebies cartoon Charlie and Lola as well as for the world-famous Aardman Animations, the makers of Wallace and Gromit, and Disney.

In 2010 Emma also won the BAFTA for Best Short Animation for her touching film Mother of Many, about the work of a midwife.

She shadowed Nick and Richard during their working day, recording actual conversations with patients, the patients themselves and the real sounds of the operating theatre to incorporate into the three-minute cartoon, which has been paid for by charitable funds.

“It takes a lot of research and just working out what are the key things that need to be said and what children need to know,” said Emma.

“Shadowing the surgeons and talking to the children before and after their surgery helps me to understand and convey what it’s really like.

“I’m really interested to see what difference Numb and Numb-er will make.” 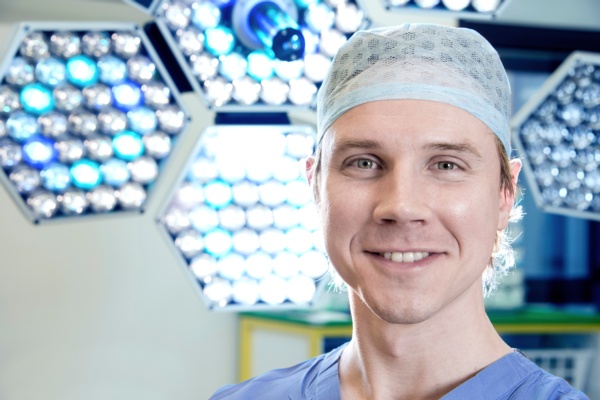 
As well as featuring real doctor-patient conversations, Numb and Numb-er follows a patient called Megan who opts to have a local anaesthetic.

It shows how her dad is able to accompany her into the operating theatre and sit with her throughout the procedure.

It also shows that she can’t feel any pain thanks to the special numbing cream and medicine which inspired the title.

“A lot of children are incredibly anxious about having a local anaesthetic,” said Richard.

“They may think they have to see the operation and that a parent can’t come into theatre, both of which are untrue.

“We can do the surgery in a pleasant way. Once we have numbed the area and the children realise it won’t hurt, that they don’t have to look and can be distracted, they don’t mind.”

While Richard has performed surgery under local anaesthetic on a child as young as four, he said that was highly unusual and the cartoon will be aimed at patients aged seven and upwards.

It is hoped that Numb and Numb-er will eventually be used by other surgeons across the UK and beyond.

Richard will also share it with Canadian colleagues when he takes up a fellowship across the Atlantic this summer.