A new clinic has drastically reduced the number of appointments needed for expectant mothers with epilepsy.

The epilepsy clinic, which is held within maternity services at Singleton Hospital, is run by an obstetrician, epilepsy nurse and an epilepsy specialist midwife.

It gives mums-to-be, who have neurological conditions including epilepsy, the chance to speak to and receive support from both obstetrics and neurology staff during the same appointment.

Previously, women would have had their usual appointments with an obstetrician throughout their pregnancy but would also have had separate appointments relating to their condition with an epilepsy nurse.

Women with epilepsy are at higher risk of teratogenicity (major congenital malformation) and sudden unexpected death in epilepsy (SUDEP).

The dual clinic aims to streamline and improve the care they receive so the obstetrician and epilepsy nurse can work together to provide the best care possible and reduces the number of visits to almost half of what was required previously.

Madhuchanda Dey, consultant in obstetrics and gynaecology, said: “I joined Singleton Hospital in 2019 and set up the medical antenatal clinic that provided antenatal care to all women with neurology conditions, including epilepsy.

“Neurological conditions are the second largest indirect cause of maternal deaths, after cardiac disease.

“The clinic provides a space for us, maternity and the neurology clinicians, to work together along with our women and their families, to provide effective, safe and high quality care.

“Previously, women had to go to Singleton Hospital for their obstetric care and then Morriston Hospital to see their neurologist. The clinic has safely reduced the number of clinic visits by providing joint antenatal and epilepsy care.

“I think the biggest benefit is that women see their obstetrician and their neurologist working together as a team in the same room, discussing and planning their care in partnership with them.

“This increases their trust in us and they feel more confident about the care provided.” 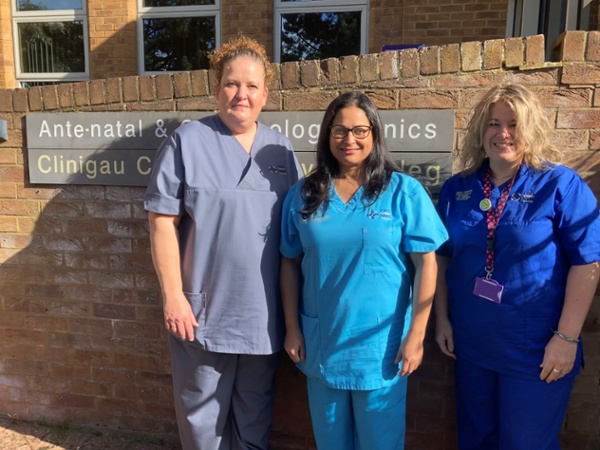 The clinic aims to cover all bases regarding each woman’s antenatal and neurological care, and they are encouraged to ask questions and raise any concerns they may have during their pregnancy.

The team’s contact details are shared with the women, who can get in touch whenever necessary.

Jenny Edwards, epilepsy specialist nurse, said: “The clinic is set up based on the most up to date guidance from professional bodies. It is basically a one-stop shop.

“We talk about SUDEP, which is a real risk for our women with epilepsy and is a concern for us.

“They can talk to us about any issues or concerns, such as if they want to know if their medication is going to be harmful to their baby, if they can breastfeed while they’re on medication or if they need to have someone with them all the time.

“We like each woman to feel as though progress has been made and we have helped as much as we can when they leave.

“I think it’s really important for them to know what’s going to happen next.”

As an epilepsy specialist midwife, Sara Williams offers midwifery advice during the consultations with mums-to-be.

She said: “I am responsible for accepting and organising all of the new referrals, clinic appointments, following up laboratory investigations, liaising with community midwives and other specialist services.

“As a team we communicate regularly, sometimes daily, which helps provide seamless care for the women we see.

“I feel it is very important that the women in our care see a familiar team of professionals at each visit as it increases their trust in us, not only as a team, but as individual professionals who care for them and remember them.

“We also encourage partners or family members to attend appointments with them. Many of the women struggle with short-term memory issues so having someone else there who is able to remember the information for them is important.

“It is often family members who are able to give us the most accurate information about their seizures and behaviour which is valuable information to us as a team.”

Midwives are able to refer eligible mums-to-be to the clinic when they have their initial appointment at their GP surgery, or women can also contact the clinic directly themselves.

Staff aim to see each woman at around 12 weeks into their pregnancy.

Fran Rosser-Parkin (pictured), from Swansea, had her first child in 2018, at a time when the joint clinic wasn’t available. 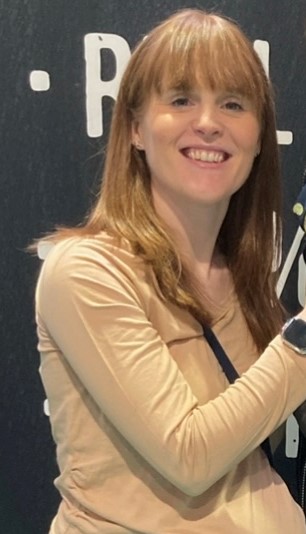 When she became pregnant with her second child, towards the end of 2021, she was referred by her GP straight away and found the clinic a massive help.

“When I had my first pregnancy I just attended antenatal appointments,” the 33-year-old, who was diagnosed with epilepsy in 2015, said.

“I had to go separately to my epilepsy nurse so it was a little bit more hassle.

“When I fell pregnant this time, I had my initial appointment with my GP and they arranged for me to go to the clinic and said I was going to be seen by an obstetrician because of my epilepsy.

“I thought the dual clinic was a really good idea. It was all very easy.”

Throughout her latest pregnancy, Fran experienced an increase of seizures and had to make changes to her medication, which the clinic helped her with.

She added: “The second pregnancy was a bit different as I was having more seizures, whereas during my first pregnancy I hardly had any seizures.

“During this pregnancy I had to increase certain medication and have new medication too.

“As Jenny and Madhuchanda were always in the same meeting, I would say ‘my seizures are getting worse’ or ‘I’m having more’ and they would tell me they would increase my medication and contact my neurologist for me.

“It was just really easy and the obstetrician knew what was going on.

“I felt I could walk out and think ‘I don’t have to email or phone anyone now’ to update them.

“It definitely helped me.”

The support and care available within the clinic doesn’t stop once the babies have been born either, with appointments offered six weeks after their baby has been born.

Madhuchanda said the feedback they have received from women who have used the clinic has been very positive.

“They feel like it’s reduced the number of clinic visits they have had to make,” she said.

“A lot of second or third-time mums, who had their first baby at a time when we didn’t have the clinic, are happy with it.

“It does increase their confidence that there is a team looking after them.”

Jenny added: “It’s really nice to hear and often it’s just verbal feedback where they say ‘this is so much easier’.

“These women have got enough to deal with and there’s such a lot going on when you have a baby so to just be able to come in and say ‘this is so much easier for me’ is great.”