A campaign to reduce the overuse of antibiotics is expanding across Swansea after proving a big success in Morriston Hospital.

Although antibiotics can be a vital part of treatment, there are times when they are given to patients when there is no longer a clinical need.

This can cause antibiotic resistance and leave people at risk of infections such as C. difficile, which infects the gut and causes diarrhoea.

Last year, Morriston became one of just two Welsh sites to be invited to join the final phase of ARK-Hospital.

The five-year research applied programme was designed by Oxford University in 2015. Its aim is to reduce serious infections caused by antibiotic resistance in the future by safely reducing antibiotic use now.

More than 40 sites across the UK are involved in the study, with the outcome expected next year.

However, it has already been so effective in Morriston that this month saw its introduction into Singleton Hospital.

Most antibiotics are started appropriately in hospitals, such as when infection is suspected, but there is often a reluctance to stop them early even when they are no longer required.

ARK (Antibiotic Review Kit) initially started as a three-month pilot in medicine within Morriston but expanded across the hospital.

It involves the use of a new medication chart designed to limit initial antibiotic prescriptions to 72 hours. Patients are then reviewed and a new prescription written if one is required.

Doctors and other prescribers also have to categorise the initial prescriptions as being for probable or possible infections, which will help with the subsequent review process.

“The review of the antibiotics was sometimes thought as less important, because patients are safe on the antibiotics. But actually there are risks associated with that.

“What the chart does is move the need to review the antibiotics up the priority list.

“We found there was a particular issue at weekends. Prescriptions were left to run. Patients were left to be safe on antibiotics over the weekend when they didn’t always need them.

“ARK encourages more reviews before weekends as well as on weekends.”

Antimicrobial pharmacist Carys Howell added: “In some cases it’s not about stopping it but switching from IV to oral antibiotics.

“People can get left on IVs when they could have been switched to oral sooner. Because that prompt isn’t always there.

“The pharmacists and the nurses will also prompt the doctors a bit more to make sure the review is in place.

“It just means that everyone is looking at it, instead of just the clinician. There is more of a multidisciplinary approach.”

Since the pilot was introduced, the number of prescriptions reviewed by 72 hours in Morriston has increased from 73 per cent to 94 per cent.

There has also been an increase in the number of prescriptions safely stopped, from 14 per cent to 24 per cent.

Additionally, a survey found that more than 80 per cent of staff thought ARK had improved the review of antibiotic prescribing. 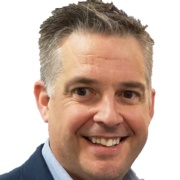 Dr Coles (left) emphasised that those patients who need antibiotics will continue to receive them.

“We frequently see multi drug-resistant organisms in patients and that is only set to increase unless we do something about it now.

“You won’t stop antibiotic resistance but you can slow it.”

ARK-Hospital’s introduction in Singleton was planned some time ago but had to be delayed because of the pandemic.

Julie said: “We’ve been able to pick that up now and have had excellent engagement over there as well.

“Clinicians and nurses, all the professional groups, everyone welcomes it. It’s a common sense approach to ensuring antibiotics do get reviewed within that first 72-hour period.”

Carys said they were anticipating it would have a considerable impact in Singleton.

“The vast majority of patients go through an admissions unit.

“The doctors there only have a short period with a patient to make a clinical diagnosis, and then often the patient will be seen by a different doctor in the following days.

“The ARK charts will help give doctors extra information to review the antibiotics.”