Over 100 bikers have helped provide a thunderous tribute to a much missed friend, while raising money for charity at the same time.

Former soldier Richard Thomas, from Gorseinon and known to his many friends as Decky, was just 29-years-old when he died of cardiomyopathy – a disease that affects heart muscle tissue - at Singleton Hospital in June 2017.

And after hearing that Richard’s family is raising money in his memory for cardiac care within Swansea Bay NHS, a close friend of Richard’s, Matthew Brown, hit the road with his motorcycle pals. Their aim was to boost what has become known as The Decky Fund. The massed motorcyclists, including the Gower Rebels and the Outlaws, collected £630 for the cause through riding over 40 miles around Gower. The money will help support the new Inherited Cardiac Conditions service, which covers Swansea Bay and Hywel Dda health board areas.

Being a keen rugby player, an annual Decky Touch Rugby Tournament, to be held this year at Loughor RFC on August 25, has also been set up in Richard’s memory.

Louise Norgrove, a Swansea Bay University Health Board cardiogenetic specialist nurse said: “As a new service we are delighted with the fundraising efforts that Richard’s family and friends continue to do to support the Inherited Cardiac Conditions service. The new dedicated service, which has been running since September 2018, is dramatically improving patients’ access to diagnostic and genetic testing for patients and families who are affected by inherited cardiac conditions.

“Having a dedicated service allows us to coordinate screening within families and also allows us to provide advice and support through the screening process which can be quite frightening for patients and families.” 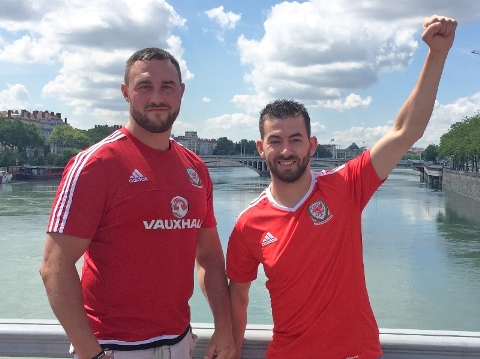 Matthew said: “I was taken back by everyone’s generosity.

“I wanted to do something special to honour Decky and raising funds for the cardiac unit proved an easy decision to make; I hope these funds will help the department and the complement the excellent work being carried out by Louise Norgrove and her team.

“We have plans to make this charity ride out an annual event to complement the funds being raised by Andrew with the Decky Memorial Touch Rugby Tournament.

“Every time any of us take part in one of these charity events we reminisce about the time we shared with Decky – it is a way of keeping with us and to think that our funds raised will help others in a similar situation just makes it even more worthwhile.”

Richard’s brother, Jason Thomas, said: “I can’t thank Matthew and Outlaws enough for raising so much money for this worthy cause, not only from this fundraiser but the support he has shown from the word go, and this time he didn’t even have to shave his beard off!

“The support they have shown myself and my family has been outstanding and great show how much support there is for Decky. Thank you on behalf of my family and me for keeping Richard’s memory alive.” 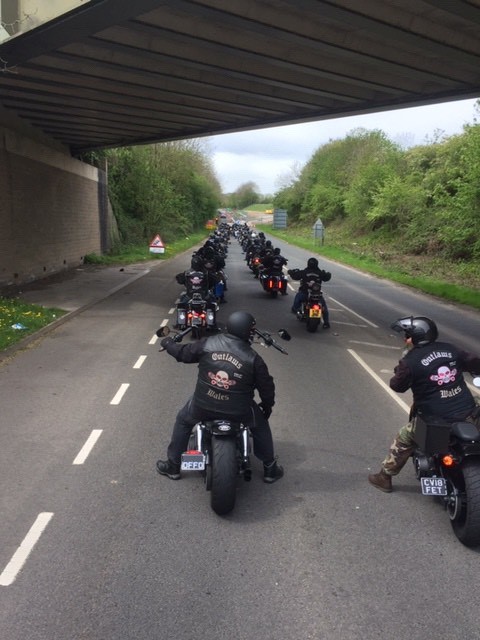 Swansea councillor, Andrew Stevens, who was a close friend of Richards, added: “This is fantastic work by Matthew and all of Outlaws motorcycle club. It is excellent to see such support from Decky's closest friends and family honouring his memory and raising money for this worthy cause. The amount of support that they have given has been amazing - this is a testament to the type of person Richard was and how much of a difference he made to everyone's lives.”

(Left) The bikers get set for their tribute ride around Gower

If you would like to support Andrew’s appeal go to https://www.justgiving.com/fundraising/andrew-stevens