A community team has been declared the best in the country – after a challenging eight months that saw it put its work on hold to support the Covid response.

The accolade for Swansea Bay’s primary care audiology team comes from the British Academy of Audiology, which unveiled the service as Team of the Year 2021 at its award ceremony held in Manchester.

The service holds its clinics in community locations such as GP surgeries or community health centres, and offers access to specialist assessment and advice without a patient having to see a GP or getting a referral to a hospital or clinic.

Nicola Phillips, SBUHB’s principal audiologist, (pictured beabove left, with colleague Suzanne Houghton chief audiologist) said the award came at a particularly challenging and unprecedented time when her team answered the call to help out during the pandemic.

She said: “I am extremely proud of the team and their hard work, especially in such a challenging time.
“The service was deactivated in March 2020 and the team were deployed to help with the health board’s Covid response.

“They were deployed to help out on hospital wards and set up the referral and results hub for the Covid testing unit. This deployment lasted eight months.

“The service was reactivated in January 21 and developed in two further clusters. The team’s work ethic, shown throughout, has been amazing and a wonderful example to the profession and the health board.”

Sarah Theobald, Head of Audiology Services, said: “Well done to the primary care audiology team, the award is well deserved and reflects the hard work, enthusiasm and passion for the service and its patients that they show each day.

“It is wonderful that the work the team has done in developing and delivering this quality and impactful service has been recognised by the British Academy of Audiology.”

The service, which has been running in Neath Port Talbot, West Swansea and the Swansea Valley, is due to end at the end of March 2022.

But such has been its success that funding is now being sought to retain and extend it to all areas of Swansea Bay.

Praising its success, the award judges said: “Associate and advanced practitioners work alongside each other to deliver the service which is an excellent example of skill mix, leading the way in the modern community health care setting.

“The role enables them to work at the top of their clinical licence, making independent autonomous decisions whilst dealing with complex ear and hearing cases and preventing onward referrals to secondary care.”

They were also impressed with how the service took some off the pressure of GP Surgeries.

“The service is reducing the demand on GPs and practice nurses, not only saving clinical and patient time, but reducing the patient pathway by up to six months for some referrals.” 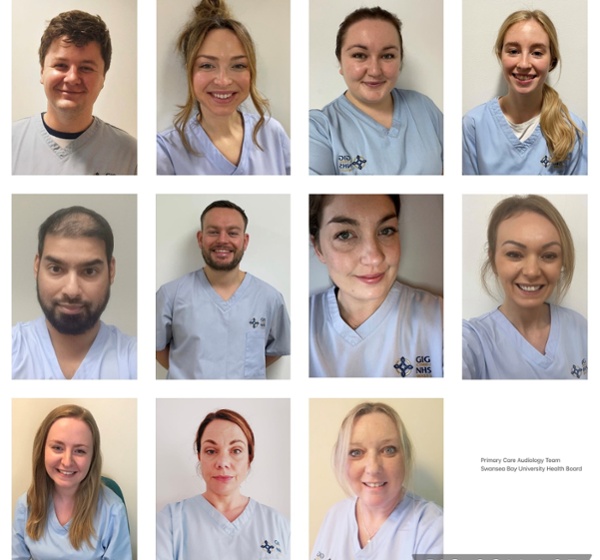