Another big investment in the South West Wales Cancer Centre

Another multi-million-pound investment has been confirmed for the South West Wales Cancer Centre at Swansea’s Singleton Hospital.

The Welsh Government has approved a replacement linear accelerator, used for radiotherapy, at a cost of around £4 million.

It will help the centre’s highly specialised staff continue to develop their pioneering work in tackling cancer – using techniques which would not have been possible just a few years ago.

But it doesn’t stop there. Swansea Bay University Health Board wants to completely transform the way it delivers healthcare.

Changing for the Future, the health board’s engagement about this, envisages a series of Centres of Excellence at its three main hospitals – Morriston, Singleton and Neath Port Talbot.

Singleton would be the Centre of Excellence for cancer care, not just consolidating what it already has but building on it to further improve care for patients in the Swansea Bay, South Powys and Hywel Dda health board areas.

Ceri Gimblett, the Health Board’s Associate Service Group Director for Cancer Division said: “We deliver safe, quality services for our patients but we also recognise we have capacity issues.

“Recent developments have really helped towards this, as well as the way we organise radiotherapy care for cancer patients.

“What we have is very good. We just need more of it.”

The SWWCC was officially opened in September 2004 following a massive fundraising campaign supported by the South Wales Evening Post and by people from across Swansea, Neath Port Talbot and West Wales.

It provides access to modern chemotherapy and radiotherapy units. The SWWCC also has an inpatient ward at Singleton, and a research unit.

The centre has four linear accelerators, or LinAcs, which use beams of radiation to destroy cancer cells.

Since 2018, two other linear accelerators, along with a CT scanner, have been replaced at a cost of £9.8 million. 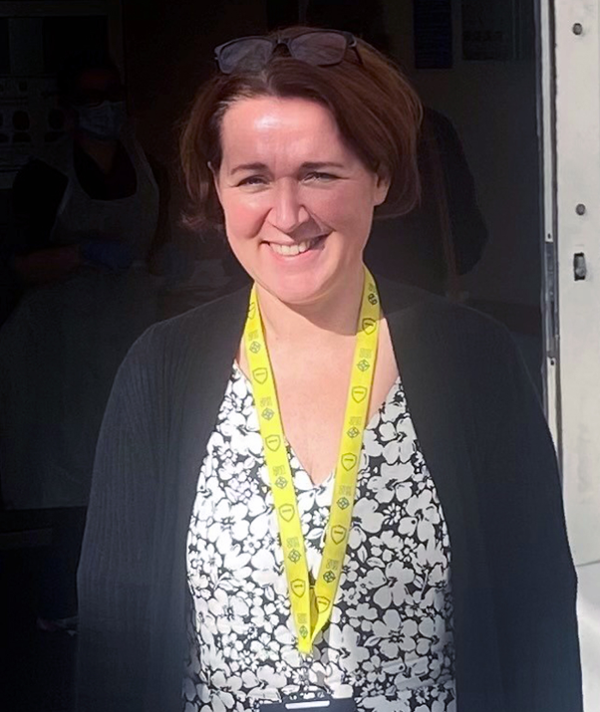 Now that the Welsh Government has agreed to replacing the oldest LinAc, the health board is working on a business case for the second-oldest to follow suit.

At the same time, the health board, along with colleagues in Hywel Dda, are considering what else might be needed in future – and that could include two or even three more linear accelerators.

Mrs Gimblett (right) said: “We were already struggling before Covid and the pandemic means we are now seeing patients who are presenting quite late with cancer symptoms.

“Our cancer workload is increasing each year so we have established a regional working group with Hywel Dda colleagues to discuss the cancer centre and our expansion plans.

“Based on demand we know we will have to do more radiotherapy and more chemotherapy.

“So we are working on specific plans covering the next three to five years to expand our service and our capacity to deliver high-quality patient care.”

Also being discussed is a second CT simulator, which is used for 3-D treatment planning for cancer patients.

The health board’s proposals, set out in an engagement document called Changing for the Future, include moving medical wards from Singleton to Morriston, which would become the centre of excellence for urgent and emergency care.

In return, Singleton will focus on planned surgical work. Much of this has been carried out in Morriston where it often had to be postponed to make way for emergency or urgent surgery.

Not all the medical wards at Singleton will be needed for this. Under the proposals, one will become the new home for the Chemotherapy Day Unit, now located in a single-storey building at the back of the hospital.

Mrs Gimblett said: “We had 16 chemotherapy places pre-Covid but for infection control reasons we had to take three out to maintain patient safety.

“So with the space created by movement of wards to other sites, the plan will be to relocate the chemotherapy day unit into one of the vacant ward areas.

“This will allow us to meet a need for 34 places for our patients over the next three-to five years. It is a significant step change.”

This proposal of relocating the chemotherapy day unit inside the main hospital, probably close to the existing cancer inpatient ward, will bring other benefits, such as the possibility of extended opening hours.

Some people are also able to have their chemotherapy or immunotherapy at home, to avoid having to come into hospital. The plans being developed also include an expansion of this home care service in 2021-22. 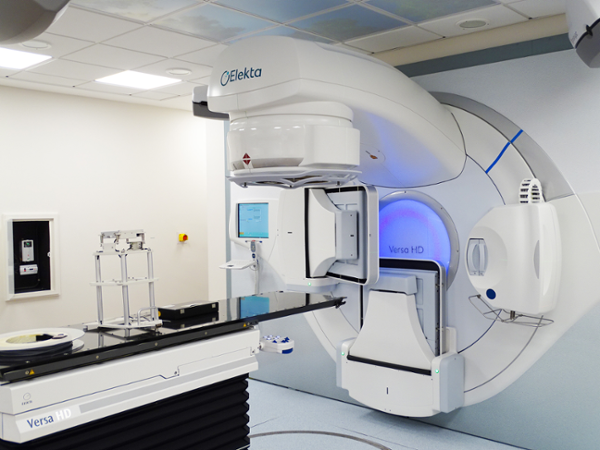 Meanwhile, discussions are ongoing over what additional equipment will be needed. Based on population, clinicians believe the Singleton-based service should have six or even seven linear accelerators across South West Wales.

There are considerations as to where best to locate them, which will require discussions with health boards and patients in the future.

As with so many aspects of healthcare, new technology and techniques means the standard of care for patients is improving all the time.

Left: One of the linear accelerators at Singleton Hospital

The South West Wales Cancer Centre has a research unit which has worked for many years to ensure to ensure its patients have access to these cutting-edge advances.

Mrs Gimblett said it was well-known that patients treated in centres that were research-active had better outcomes.

“We have been involved in practice-changing trials in skin and kidney cancers and have recently opened a UK trial for head and neck cancer looking at the role of proton beam radiotherapy.

“It’s the first study in the UK to look at the potential benefits of this new way of giving radiotherapy,” she said.

The centre’s consultants are collaborating with UK and international colleagues to set up and oversee research projects.

Closer to home, the medical physics team runs a Masters course in conjunction with Swansea University - one of only a handful of courses in the UK.

Also established is a radiotherapy research fellow programme where doctors training to be oncologists spend one to two years doing research projects. A charitable fund supporting this has now been set up.

Earlier investment in new equipment within the radiotherapy department has allowed it to become the UK leader in using the best and most effective form of radiotherapy possible.

Intensity-Modulated Radiotherapy, or IMRT, allows a higher dose to be targeted more closely at the cancer tumour, while sparing surrounding healthy tissue.

Other techniques devised in Swansea has seen the number of radiotherapy sessions for breast cancer patients reduce from 15 to just five – delivered safely and without worsening side-effects.

“The plan is to do prostate cancer treatments in a similar way, where appropriate,” said Mrs Gimblett.

“We’re doing quite a lot of work with a view to being able to do the same for suitable pancreatic cancer patients. And we are in discussion about a potential new lung cancer service.”

And after supporting the cancer centre so magnificently back in the early 2000s, the public have a chance to do so again when the Cancer 50 Challenge takes place on Sunday 10th October.

Up to 500 riders can take part, with entry costing £50 and each rider expected to raise a minimum of £50 in sponsorship.

Rugby legend and Velindre Cancer Centre President Jonathan Davies is supporting the event. You can find out more about it here: https://cancer50challenge.co.uk/