The health board is developing a proposal for what’s known as a hyper acute stroke unit, expanding on the existing facility based in Ward F.

It would bring together experts and equipment under one roof to provide world-class treatment whenever patients need it.

Main image above shows Dr Steve Greenfield in Enfys ward with Dr Helen Dean, who works in the GP Out of Hours and Urgent Primary Care centres

It forms part of wider proposals to reconfigure services across Swansea Bay, creating a series of different Centres of Excellence in each main hospital to avoid delays and rapidly work through sometimes lengthy waiting lists.

If the proposals – contained in a document called Changing for the Future, which is currently out to engagement until Friday 1st October – are approved, all urgent and emergency medical and surgical cases would be brought to Morriston.

The hospital would then become Swansea Bay’s Centre of Excellence for urgent and emergency care.

As part of these proposals, acute medical wards at Singleton would transfer to Morriston, with the space created allowing Singleton to become the centre of excellence for planned care (operations/treatments by appointment).

An important part of the Morriston proposals is the development of an Acute Hub, which would be centred on Enfys Ward.

This is the former outpatient waiting area that was temporarily converted into an additional intensive care facility during the pandemic. The proposal is to continue to use it for clinical care in the future. 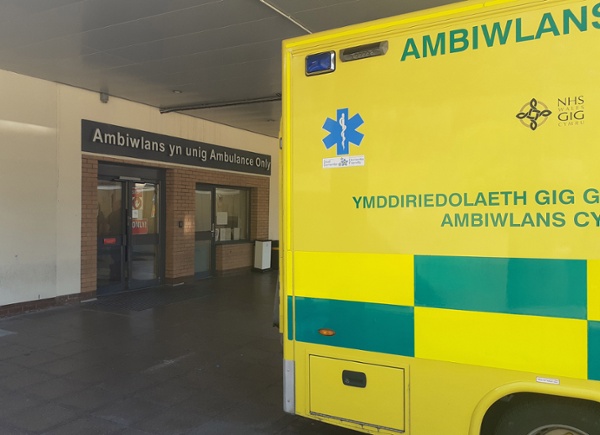 It would ease the pressure on the hospital’s ED by diverting many urgent, but not 999, patients its way. For many people it would provide alternatives to hospital admission.

Developing the Morriston Acute Hub would ensure staff with the right expertise could work together in one place, rather than be spread across various sites. The service would be more joined up and effective.

It would also mean patients who need to be seen urgently, but don’t have life-threatening illnesses, would no longer have to wait behind very sick people in the ED for diagnosis and treatment.

Instead, they would be seen on the same day by new or expanded multidisciplinary clinical teams and receive diagnostic tests and treatments.

One of the services proposed to relocate there is the very successful Acute GP Unit (AGPU), currently based in Singleton.

AGPU is staffed by experienced GPs and other healthcare professionals. Dr Stephen Greenfield, who leads the service, explained: “Any GP wanting to admit a patient into hospital comes through us.

“We have a discussion with the GP. The outcome could be advice and discharge, so the patient does not come anywhere near a hospital, or referral to a community team.

“Some patients will come to AGPU and have ambulatory care – tests and investigation but they are not admitted. Others may have to be admitted.

“Currently, between 50 and 60 percent of the patients we deal with do not end up coming into hospital.

“Some are advised or referred to community services, some are seen in AGPU and then discharged.

“This is better for the patients because there are unintended consequences of coming into hospital such as the risk of picking up infection or losing muscle strength through inactivity.”

AGPU also works with the Welsh Ambulance Service, redirecting some patients who have not yet had a paramedic review to more appropriate services rather than be brought into Morriston ED by ambulance.

The unit will move to Morriston on a temporary basis as part of the health board’s ongoing response to the pandemic.

This has been agreed with patient watchdog Swansea Bay Community Health Council, ahead of the conclusion of the engagement which proposes making these and other changes permanent.

The Acute Hub would also bring together other services, such as GP Out of Hours. This temporarily moved during the pandemic but has now relocated back to Morriston, into Enfys.

It would also support the all-Wales 111 First initiative, due to launch in Swansea Bay later this year.

An expansion of the existing 111 service, it will use expertise within the hub to offer alternatives to patients who might otherwise end up in ED.

These alternatives could include appointment slots in the Minor Injury Unit at Neath Port Talbot Hospital or a direct referral to one of a range of services, such as respiratory or mental health.

Morriston is also home to a new, Welsh Government-funded Urgent Primary Care Centre (UPCC) which is strictly by referral only.

Bringing these key services together, as outlined in the Changing for the Better proposals, would help take pressure off ED.

But, just as importantly, the new hub is intended to ensure all patients get the best care for their needs, in the best place to receive it, without delay.

“It’s about ensuring that, whatever patients present with and wherever they have come from, they are going to the right place and are treated by the right person,” said Dr Greenfield.

Another part of the proposals to centralise all urgent care and emergency services at Morriston involves the creation of a hyper acute stroke Unit (HASU).

There is evidence that having a single specialist centre is the best way to provide excellent care and deliver best outcomes for patients.

HASUs have been developed in parts of England, resulting in fewer deaths, improved recoveries and greater cost-effectiveness.

“However, like all of the health boards in Wales, we are not hitting the UK standards and our aspiration is to do that.

“We already have a stroke unit based on Ward F in Morriston so it would not be about moving services from different locations to create a hyper acute stroke unit.

“Our major limitation is staffing. We don’t have the medical or nursing staff we need to provide a 24-7 service so a hyper acute unit would involve a considerable investment in staff.” 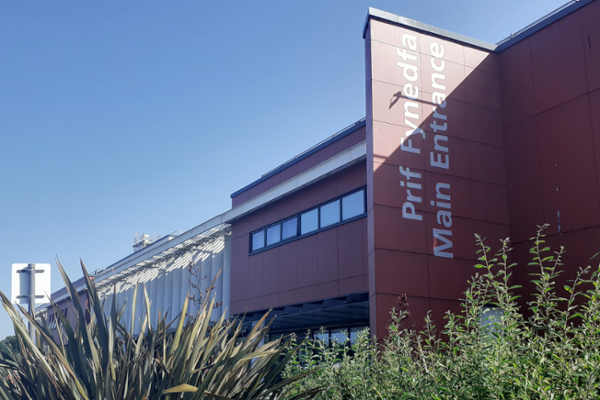 People with suspected strokes should have a brain scan, ideally within one hour, so doctors can decide on the right treatment.

Most strokes – around 85 per cent – are known as ischaemic strokes, caused by a blockage in the artery leading to the brain.

The treatment for this is thrombolysis, using medication to break up the clot blocking the blood supply. This should be given within four-and-a-half hours of the stroke symptoms starting.

It’s essential that the CT scan is carried out beforehand as these clot-busting drugs can exacerbate the other, less common, type of stroke, haemorrhagic stroke, which is bleeding in or around the brain.

Mr Wilson said: “The vision for the future is to have the hyper-acute stroke unit with rapid access to CT and sufficient medical and nursing workforce to thrombolyse patients, where appropriate, in a timely manner, 24 hours a day, seven days a week.

“That’s the crux of the matter because the quicker we can do that, the better the outcomes are for the patients.

“The issue is, the level of investment that is required to actually achieve that, and a realistic timescale to recruit all the required staff.

“It’s not something that can happen overnight. So we have put together a proposal to do this in three phases over a couple of years.

“This will allow us to incrementally increase our staffing numbers to get us to where we want to be.”

As part of Changing for the Future, the health board is proposing a rehabilitation centre of excellence at Neath Port Talbot Hospital, which would support patients who have received urgent care in the hyper acute stroke unit.

This rehabilitation centre of excellence would include specialist rehab services such as neuro-rehabilitation and stroke rehabilitation – instead of the current service which is split between Neath Port Talbot and Singleton hospitals.

In early 2020, Swansea Bay introduced an early supported discharge team for patients who are medically ready to leave hospital following a stroke but still require rehabilitation.

Mr Wilson said this had led to a reduction in the number of patients having stroke rehabilitation in the two hospitals.

“If we have the opportunity to bring all the rehabilitation staff into one location, we would have better outcomes for patients. That’s also part of our overall stroke pathway.”