Hot on the heels of his garden marathon, former Wales’ captain Ryan Jones, is putting his running shoes into retirement and dusting down the lycra for his latest idea to raise money for the NHS.

Last Saturday, the ex-Ospreys star completed a marathon (26.2 miles) in his back garden in 4 hours, 43 minutes and 57 seconds.  He reckons he did around 700 lengths of his garden.

Initially he was hoping to raise £500 for Swansea Bay University Health Board’s official charity, but through his JustGiving page he smashed that total.  He has now hit an incredible £7,700 and people are still donating.

The former number 8 has been inspired by seeing how people working on the NHS frontline have responded to the fight against Coronavirus.

Before taking up the challenge Ryan said: “Like many I am confined to my home and as this situation plays out before me, I am just amazed at the strength of the human spirit and the generosity of so many. 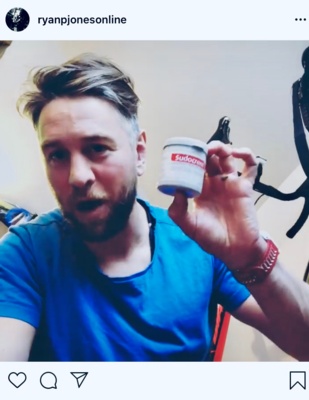 Now, after his solo effort at the weekend, Ryan has plans for a team game this coming Saturday, in a Wales-wide effort.

If Ryan and his team hit that target then they will bank 10-thousand pounds, and that cash will go to the NHS all over Wales.

Ryan released a video on his Twitter and Instagram accounts appealing for 100 riders to join him adding all you need is a turbo trainer and a big pot of Sudocrem!

“Once you have raised the money and it hits the account, DM me, and I’ll share the private Zoom link for Saturday morning at 8am – and we’ll all ride together.”

Deborah Longman, Head of Fundraising for Swansea Bay Health Charity, said: “We have been overwhelmed by the support from Ryan and all the other fundraisers.  All the funds that we receive will make a massive difference to our patients and staff.”

If you would like to get involved this weekend, or donate to Ryan’s fundraiser, then you can find more information at his JustGiving page: https://www.justgiving.com/fundraising/ryans100for100