Robert Croft bowled over by treatment that "kept my mum alive"

Former Glamorgan and England cricketer Robert Croft has paid tribute to the NHS’ team-work which he says kept his mother alive.

Croft, who enjoyed an illustrious career in the sport, has spoken of his family’s appreciation for the rapid treatment and care given to his mother Susan.

She was taken to Morriston Hospital after suffering with breathing problems, which were later confirmed as pneumonia.

After being assessed in the Emergency Department, she was put onto a ventilator in the Intensive Therapy Unit before being discharged a few days later to continue her recovery at home.

Croft, who was captain and then head coach of Glamorgan during his career, said: “I was in Essex on work business when I got a phonecall saying my mum’s breathing was shallow and she wasn’t responsive. 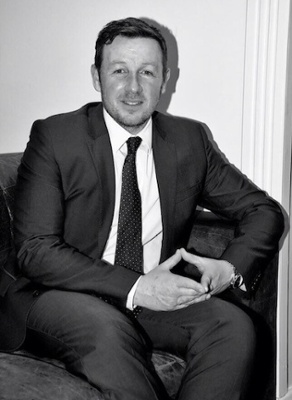 “The red flags were showing at that point, so my dad rang 999 and an ambulance came to get her. They were really efficient, and soon enough she was being seen in ED.

“Looking back, the ambulance crew and Emergency Department staff kept my mum alive. It was that serious.

“It’s something you hear that happens to other people, but when its affects you then it really hits home – the work the NHS does is absolutely incredible.”

While he played under huge pressure in sporting terms during his career, Croft has been left in awe of the “phenomenal” treatment delivered by staff.

He said: “We witnessed the care, empathy and calmness of every staff member that either treated my mum or spoke to us as a family.

“Each time we phoned the hospital, we never felt like we were being a nuisance. The staff always understood and appreciated how we were feeling, and they were very open and honest.

“These people are under immense pressure every day, but the calmness and professionalism while carrying out their duties was something we were in awe of.

“During my career I’d never been anywhere close to the level of pressure that the nurses and doctors are under. But they do it in such a way that it puts you at ease.

“As a family, we can’t speak highly enough of the treatment my mum received. It was phenomenal.

“The NHS staff are so special, and we should never forget that.”

He added: “My mum is home now but she still has a way to go in terms of her recovery.

“We’re just thankful that she’s able to rest and recover in her own surroundings, and that’s thanks to the staff from the NHS.”