A woman who once conquered the world’s tallest free-standing mountain was left struggling to walk her dog after being diagnosed with long Covid.

When Helen Goldring suddenly began to lose weight and experience heart palpitations and night sweats, she thought something was up with her hormones.

After a visit to her GP, the 68-year-old from Swansea was quickly referred to the Rapid Diagnosis Centre (RDC) at Neath Port Talbot Hospital for further tests to determine what was wrong.

Just hours later she was told she was suffering the effects of long Covid, having tested positive for the virus three months earlier. 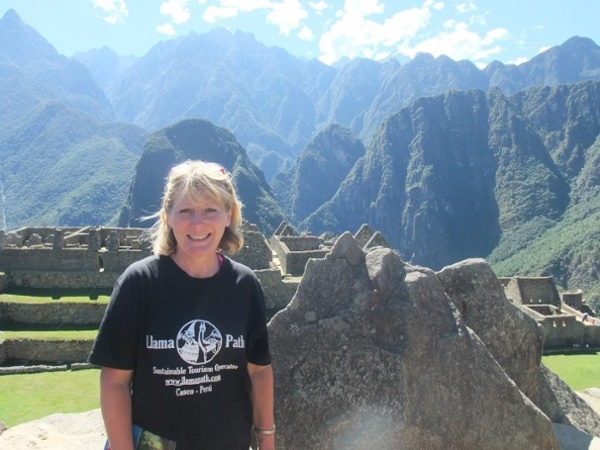 Helen (pictured), who was fully vaccinated at the time, said: “When I had Covid, I was quite ill for 10 days. I was in bed, not eating and I lost a lot of weight. On day six I became really breathless.

“When I could go out, I tried getting back to my regular routine but two weeks later I ended up in hospital with palpitations.

“They thought I had a pulmonary embolism but it was all put down to Covid.

“After my hospital stay, I was still losing a lot of weight and muscle. I was having other symptoms like night sweats and terrible fatigue and my palpitations were still bad.”

The sudden symptoms came as a bit of a surprise to Helen, who in the last decade had climbed Mount Kilimanjaro and Machu Picchu (pictured left) and did marathon walking in her spare time.

As well as her physical fatigue, Helen has also struggled with brain fog and multi-tasking since contracting the virus.

“Normally I was a very physical person,” she added.

“I could walk for miles and now I struggle with just walking the dog around the corner.

“My grandchildren used to be able to run and jump at me and I would catch them but now I have to be so careful if they do that because I would just fall over.

“I get brain fog and lose where I am in conversations.

“I tend to sleep for about three hours every afternoon.”

Someone suggested to Helen that her symptoms may have been linked to a problem with her hormones, so she decided to contact her GP, Dr Aimee Calo, of Gowerton Medical Centre. 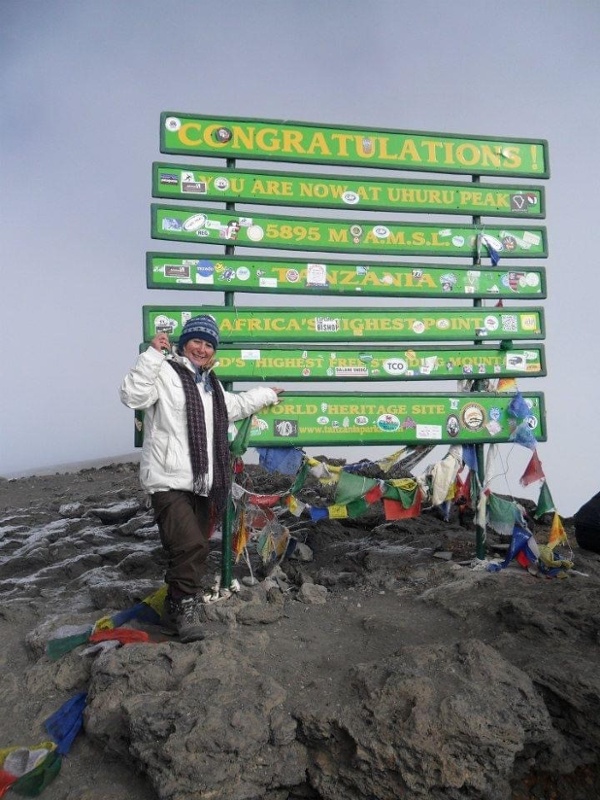 Helen said: “Dr Calo asked me some questions and decided I needed some urgent checks in case it was something to do with my ovaries or an unknown cancer.

“I was shocked but grateful she took me seriously. She was amazing.”

Helen was referred to the RDC, which is for patients with vague but concerning symptoms that do not fit into any of the existing referral pathways, around five days after her GP appointment.

Patients will have an individualised assessment with the aim of achieving a diagnosis and initiating a treatment plan, or gain the reassurance that nothing concerning has been found.

At the RDC, Helen discussed her symptoms with a doctor before undergoing a full blood test and a CT scan.

She could have received her results on the same day but as it was her wedding anniversary, she asked if she could be told the following day instead.

She has praised staff, as well as the centre itself, for helping to put her mind at rest without delay.

“I was offered an appointment so quickly, I was astounded,” she said.

“First of all they checked my height and weight and then within about five minutes of arriving I went in to see the doctor.

“It was just like clockwork. It was a very professional service and the staff were so lovely. I felt privileged.

“I was thinking it was either something to do with my hormones or it was long Covid, mainly because my symptoms didn’t get better after having Covid – in fact, some were getting worse.

“Getting the results just put my mind completely at rest.

“I am just so grateful to all of the wonderful staff.

“It was so fast, so professional and so skilful. I was in and out of there within two hours and I really felt cared for.”

Since receiving her diagnosis, Helen has been doing some gentle exercise on her own in an attempt to improve her fitness and strengthen her muscles.

Dr Calo said she had classed some of Helen’s symptoms as red flags and decided further assessments at the RDC were needed to fully understand what was wrong.

“The RDC helps us as GPs access specialist investigation and assessment for our patients who don’t typically fit into established treatment pathways but have symptoms we are concerned about,” she said. 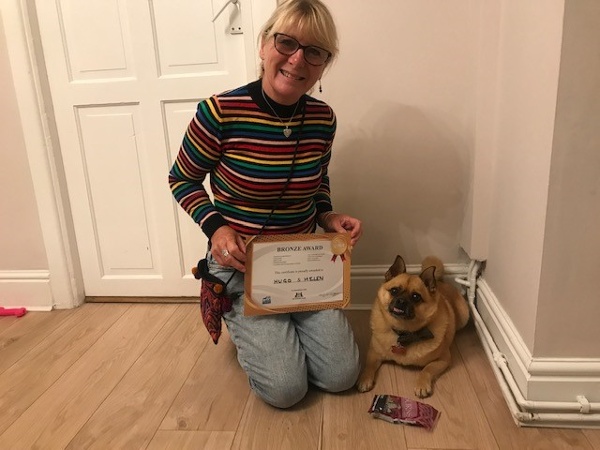 “It’s been quite empowering to have a clinic that acknowledges the importance of our gut feeling as GPs.

“Sometimes you just have a feeling something is wrong and a patient needs that further assessment without hard evidence. This is where the RDC has been invaluable for us as clinicians and we have had patients diagnosed with cancer through this clinic.

“Thankfully for Helen it wasn’t cancer but the RDC has helped us identify a way to move forward with her treatment.”

Pictured: Helen with her dog, Hugo.

Dr Heather Wilkes, clinical lead at the RDC, said: “The centre was set up with patients at its heart.

“It is so important to get a diagnosis as quickly as possible so onward treatments can be arranged but it is also wonderful for patients and their families when we can quickly rule out a cancer diagnosis.

“The relief is enormous.”