Praise for partnership that is helping prevent suicide

Ground-breaking work to reduce suicide rates in the Bridgend area has led to a nomination in this year’s Police and Crime Commissioner Partnership Awards.

A taskforce comprising representatives from South Wales Police, Public Health Wales, Bridgend County Borough Council and employees from the-then Abertawe Bro Morgannwg University Health Board was put together last year to look at what could be done to prevent suicides in the Bridgend area. 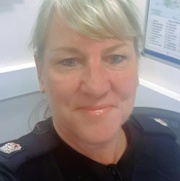 The work followed on from the implementation of a Bridgend Suicide and Self Harm Prevention Strategy which saw GPs better placed to offer support, new training for all secondary school teachers, easier access to help and support, follow-up checks and school visits to raise awareness amongst other measures.

Subsequently, suicide rates have fallen in the area and remain low despite a general rise elsewhere.

The strategy has since been shared nationwide, with South Wales Police Superintendent Claire Evans nominating the team for a partnership award which has earned them a place on the shortlist.

Superintendent Evans said: “One of our key force priorities is vulnerability. The work this group is doing is undoubtedly having a positive impact, providing better safeguarding and support for the vulnerable within our communities.

“I have been very impressed with the positive attitude displayed by all members of the group.  In recent months, and as the work of our group had been shared regionally, I had come to realise that what we were doing here in Bridgend was having positive results. I could clearly see an increase in reported suicides to South Wales Police across all areas of the force but here in Bridgend, the numbers were falling.”

Commenting on the success of the group she said: “There is no one intervention that can account for this reduction, this is true partnership working at its best with every agency having a key role to play.  I just pull everyone together, share information and they each go off and do what they do best.” 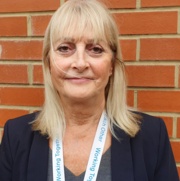 Susan said: “There were two parts to the work, an operational group and a review group. The review group met quarterly to review any suicides that had taken place in the preceding quarter to see if there were any lessons to be learned.

“The operational group met whenever anyone under 25 committed suicide, we called an immediate meeting to look into the individual case to try to identify anyone who may be affected. You sometimes find that those directly affected have mental health issues themselves. The aim is to ensure early contact is made by the most relevant professional to check on individuals, they may be so down after the death that they are in need of immediate support to help them to cope with their loss.”

As reflected in the award category the initiative required partnership working.

Susan said: “It was essential that we worked together. The police were so open in sharing the knowledge that they had, and with the support of our Information Governance Lead, I could scrutinise any file we may hold for the person. This helped identify if there was anything to be learned and to help us to respond when there had been a very recent suicide as other people might be identified who would need support.” 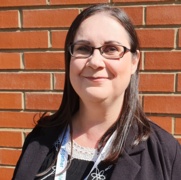 Dawn Burford (left), who helped provide access to GP surgeries, said: “It was about bringing someone in who could act as a link to the GPs and go in and interrogate their systems to have a look at how much contact they had or didn’t have with the deceased person. It was all about trying to identify opportunities that could have been missed and how we would plug those gaps in the future.

“Every GP I contacted welcomed us in straight away. They didn’t think we were going to point the finger at them, it was an open door.”

Of helping safeguard anyone close to someone who may have taken their own life Dawn said: “We had a system in place for near misses or for friends and family, of someone who had taken their own life, who could be particularly vulnerable straight afterwards. In those circumstances I would get in touch with their GP and say – very often they go to the same surgery – you know that your patient took their own life, do know their brother could be very vulnerable?  Would you mind making contact with them? They are under no duty to do that but they were happy to do that. Sometimes, just reaching out to them can help.”

Now Dawn  hopes that the scheme will be adopted by other areas.

She said: “It’s down to community safety partnerships to put this in place because it’s multi-agency – it’s not just down to the health boards, it’s local authorities as well.

“The hope is it will be copied in other areas. I know Superintendent Claire Evans has been sharing what we have done with other community safety partnerships, hopefully they will take in on board but it’s not mandatory. We would hope that they will want to replicate what we have done.”