A nurse who developed a new service to help families with inherited cardiac conditions has been shortlisted for a national award.

Cardiogenetic nurse specialist Louise Norgrove is one of five medical professionals in the running for the 2020 National Cardiac Benchmarking Collective award for service improvement and good practice.

Since September 2018, Louise has been working with families who may have genetic heart conditions, such as hypertrophic cardiomyopathy, dilated cardiomyopathy and long QT syndrome. 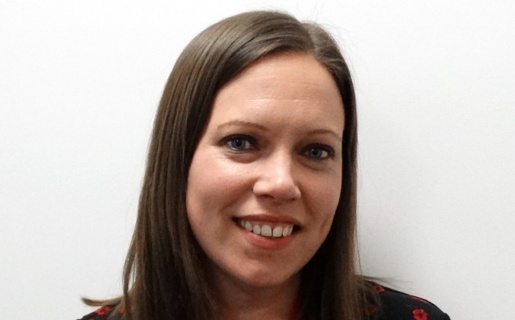 As these conditions are caused by DNA mutations and can be inherited, there is a 50-50 chance that someone who is related to a person with one of these heart problems will have it themselves.

Many of these conditions carry the risk of sudden death so it is important that families are offered testing and receive treatment if needed.

However, until Louise’s role was funded by the British Heart Foundation and the Miles Frost Fund, south west Wales did not have a specialist inherited cardiac condition service.

This meant that family members were often helped through different, more general, outpatient clinics, and their care was uncoordinated.

Consultant cardiologist Dr Carey Edwards, who works closely with Louise at Morriston Hospital’s cardiology department, explained, “Before Louise started working with us, we were reasonably good at managing people who have an inherited condition, but were not so good at offering screening to their families and finding other people that might have a problem.

“Louise has set up a nurse-led family screening service where she can meet the patient who has got the condition, offer them support with their diagnosis, but also arrange for other people who are potentially at risk to have the relevant tests that they need.”

In addition to ensuring more family members are screened, Louise has also created a way for people to refer themselves to the service.

Louise said, “When I see the patient in clinic and I’ve explained the condition and the potential risks for family members, most go home and within a week give self-referral forms out to their families.

“When I first started, family members would go through the GP system and this momentum of getting everyone screened would get lost.

“Quite often now I’ll see the same family members over a period of weeks and then when we draw their family tree we know they’ve all been screened.”

In just over a year Louise has helped roughly 250 family members get tested for inherited heart conditions across the Swansea Bay and Hywel Dda health board areas.

Of those that have been tested, some will have been diagnosed with the same condition as their family member and go on for further treatment. Many, however, will simply be reassured that they don’t have the same heart problem.

Louise has also worked to develop stronger connections with the All Wales Medical Genetic Service to make the process of getting checked as seamless as possible too.

After receiving extra training, she is now able to give people genetic counselling and administer the DNA tests needed to see if people have an inherited heart condition.

“People are seeing the same person who tells them about the condition and also counsels them about having a genetic test and performs the test too,” Dr Edwards said.

“That’s a model that inherited cardiac condition services across the UK want to move towards but is not yet available.

“By seeing families in a specialist clinic, we have knowledge of the condition that affects the family.

“This means we only do the tests that should be done, rather than a lot of precautionary tests and this takes quite a lot of waste out of the system.

“And for each of those patients you’re saving a GP consultation and saving a hospital appointment, and doing it a lot faster than the standard mechanisms.”

Head of BHF Cymru Adam Fletcher said: “I’d like to congratulate Louise on her nomination.

“Around 30,000 people in Wales have a faulty gene that can cause an inherited heart-related condition.

“BHF-funded researchers were the first to find the faulty genes underlying the deadly heart condition HCM.

“Thanks to this pioneering discovery, genetic testing for HCM and other inherited heart conditions is now available, and families in south west Wales affected now have a local specialist cardiac nurse service which will provide them with peace of mind and could even save lives.

“We would like to thank Louise for turning BHF research into a new lifesaving service in Swansea and we are committed to making sure this service is available in all areas across Wales, to ensure the rest of the population can get equal support, information and treatment in their own health board area.”

The winners of the NCBC award will be announced during the Collective’s annual conference on February 25.