A Morriston Hospital trauma consultant is urging motorcyclists to take care after dealing with the consequences of a string of serious accidents.

Professor Ian Pallister confirmed one person had died and others had suffered life-changing injuries in motorbike collisions in the last week.

“In the eight weeks preceding that, we had none” said Professor Pallister, who also runs the MSc programme in trauma at Swansea University Medical School.

“It could be that they are now starting to take advantage of the quieter roads and going out and about more. 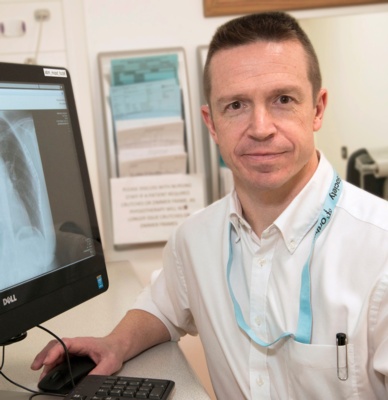 “However, just because the roads are quiet does not mean they are any less dangerous.”

Professor Pallister (pictured) asked motorcyclists to think about what they were doing, ride with care and obey the speed limit.

“They should also wear the appropriate safety gear,” he added.

“Wearing ordinary footwear, shorts and T-shirts will result in bad injuries being even worse if you have an accident.”

He said motorcyclists should whenever possible heed the message of stay home, protect the NHS and save lives.

Although this, and measures such as social distancing, had helped, Professor Pallister said hospital services remained under enormous strain.

“If someone has a serious accident it adds to the pressure. Our theatre capacity is nothing like what it usually is,” he said.

“We have to prioritise serious injuries and emergencies above everything. Unfortunately that does mean someone else will not get the treatment they have been waiting for.

“Sadly we have recently seen one fatality and three cases with very serious, life-changing injuries after motorcycle collisions.