A milk hub which has helped many families in South Wales needs some helping hands to be able to support even more.

Having opened in January, the milk hub, based at Singleton Hospital, Swansea, has provided 104 litres of donated milk to ill and premature babies.

Donor milk can help in supporting their feeding, growth and development and in preventing complications, while also supporting mothers who need time to establish their own milk supply.

With more than 100 local mothers recruited as milk donors, many families have already been supported by the hub, which is the only of its kind in Wales.

As well as offering donor milk to babies who need it, supplies have also been given to the other health boards in South Wales.

Following research and funding from Swansea University, the launch of the hub was helped by the Human Milk Foundation, a charity that supports parents to feed their babies with human milk.

She said: “The response has been overwhelming.

“In the first month we had over 500 inquiries from local mothers and we recruited more than 60 straight away.

“We have been able to supply milk to Singleton Hospital consistently since January. We have also supplied other neonatal units as a back-up to help them.

“Recently, we have also been able to support local families who have faced struggles such as cancer.” 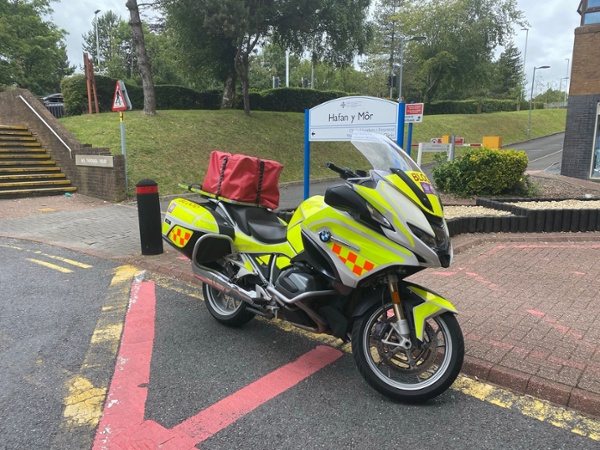 Now, the hub needs volunteers to help support day-to-day operations, so it can continue to support as many families as possible.

As the research lead and hub facilitator, Professor Amy Brown, based at Swansea University, has been co-ordinating the delivery of the donor milk since the hub opened.

This has involved receiving deliveries of donated milk transported by Blood Bikes Wales, and being responsible for putting it away safely and making sure it gets to where it needs to go.

“I help to oversee the storage, donation and delivery of donor milk to the hub,” she said.

“The hub stores donor human milk which has been processed by Hearts Milk Bank for use on the neonatal ward at Singleton Hospital and by other hospitals in south and west Wales.

“We also store donations of milk from mothers across the region.

“Mothers keep their extra milk in their freezer at home until they have at least two litres. We then arrange a collection from Blood Bikes Wales who bring the milk to us.

“It has been an absolute privilege to have this role and be able to play a part in offering this service.

“It is such a rewarding experience to be able to work with our local communities. We are so grateful for all of the support we have received, including from mothers who have donated their milk and from Blood Bikes Wales.”

There are a number of volunteering roles available, which also include helping with local collections, delivering the milk and supporting the fundraising and promotion of the hub.

Volunteers do not need to have lots of free time or previous experience, as full training and support will be offered by the team. 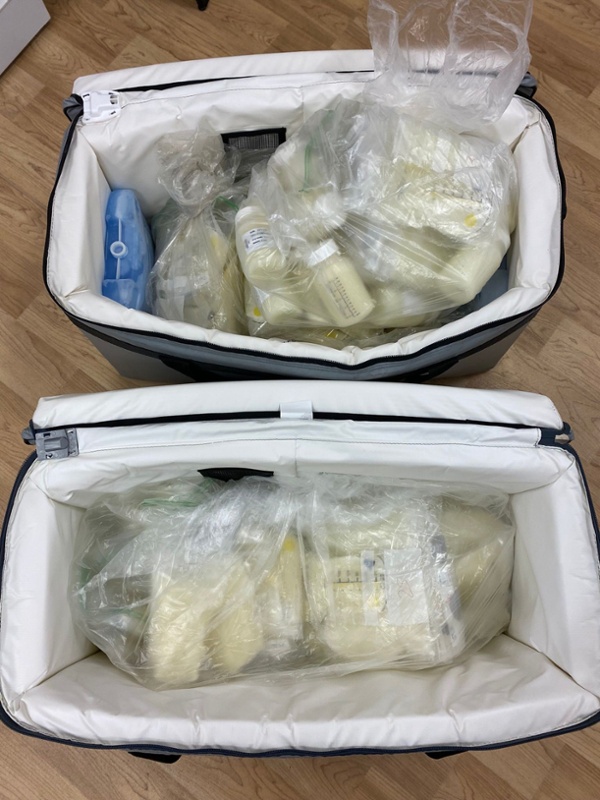 Pictured: Some of the milk donated to the hub.

Dr Shenker added: “We are looking for three or four really committed people who can work within a team.

“We knew there was an enormous spirit of goodwill amongst mothers in South Wales to donate their milk.

“We are so grateful to those who came forward.

“Now, we are looking for the same spirit of goodwill with our volunteers.

“It really shows what the future can hold for the hub in terms of being able to sustain families in the area.”

Katie Taylor, the health board’s volunteer service manager, said: “Volunteers are an extremely valuable part of our workforce and play a vital part in the delivery of our services in Swansea Bay.

“They provide the extra support that makes all the difference to the experience of our patients, their families and, of course, our staff.

“Volunteer support with the milk hub will hopefully mean that support reaches even more parents and their babies across Wales and will allow our staff to continue to focus on the clinical care they are providing.

“Volunteering is extremely rewarding, allowing individuals to help their local community and support a cause they’re passionate about, as well as hopefully seeing benefits themselves such as gaining new skills, meeting new people, a sense of achievement and improved wellbeing.”

Anyone interested in volunteering at the milk hub can get in touch with the Human Milk Foundation by emailing info@humanmilkfoundation.org