A green era has dawned at Morriston Hospital which has gone live with its own full-scale solar farm.

The £5.9 million development, the first in the UK to be directly wired to an acute hospital, is the latest in a series of environmental improvements across Swansea Bay, with more to follow in the months ahead.

Commissioning work on the 10,000-panel solar farm at Brynwhillach Farm was completed earlier this month and the electricity began flowing along a 3km private wire to the hospital last week.

The 4MW farm will supply almost a quarter of Morriston's power, cutting the electricity bill by around £500,000 a year and significantly reducing carbon emissions.

With winter fast approaching, the timing of the launch of the solar farm may seem somewhat unusual. But there is a reason for it. 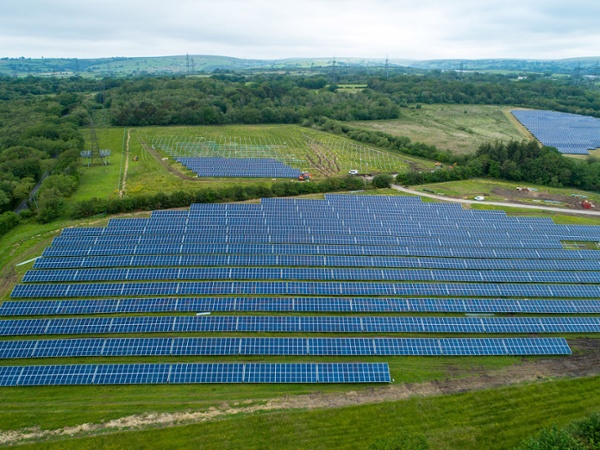 Swansea Bay’s Assistant Director of Operations, Des Keighan, explained: “We had to get the work done during the summer rather than in winter when it would have been wet and extremely muddy.

“The solar farm will meet around 26 per cent of Morriston’s power but this is the average across the year.

“It will not be as active during the winter months or at night but at other times it will be far more productive.

“Even though it only went live last week, and despite it being autumn, we have already had one day when it fully powered the hospital.

“We anticipate there will be days when we will have surplus electricity to export to the National Grid as well.”

The health board was awarded £13.5 million, on an invest to save basis, to bring down its energy costs and reduce its carbon footprint by around 3,000 tonnes a year.

Phase one, a range of energy conservation measures at Morriston and Singleton hospitals and other health board premises, was completed earlier this year at a cost of £7.7 million.

The solar farm, developed on a 14-hectare site, is the second phase, with a third phase due to be completed by the end of next March.

It will include further LED lighting across health board sites, the installation of air source heat pumps at two locations and roof-mounted solar panels at Cefn Coed Hospital.

This amounts to an investment of £2.4 million and will result in a reduced carbon footprint of just under 300 tonnes a year.

Swansea Bay spends around £6.9 million a year on electricity, gas, water, and sewage treatment. This is expected to rise year on year, at a rate higher than inflation.

The £13.5 million was awarded through Re:Fit, a national programme, supported by the Welsh Government, to provide public sector organisations with the opportunity to reduce carbon emissions, achieve guaranteed savings and cut energy costs.

Funding is provided in the form of a repayable grant through the Green Growth scheme provided by the Welsh Government. 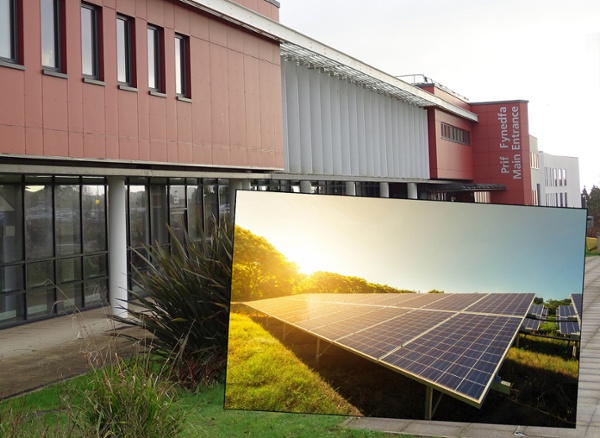 Following an extensive selection process, the health board selected Vital Energi as its partner in December 2019.

The health board has also been supported by the Welsh Government’s Energy Service team.

Although the money has to be repaid, the solar farm and energy-reducing schemes guarantee minimum savings of more than £1.5 million a year as well as the reduction in carbon emissions.

Swansea Bay UHB Chair Emma Woollett said: “The health board wants to improve people’s health, and reducing pollution and the impact of climate change is a crucial part of that.

“We are playing our part by switching to renewable carbon-free energy sources and have invested in our own solar farm at Morriston.

“We have worked with Vital to bring this on stream and we went live last week.

“In the coming months we aim to complete further projects to reduce our carbon emissions.