The simple technique, which sees vulnerable newborns put in a clear plastic bag that is sealed at the neck and placed under a heater, means a higher number of babies cared for by the neonatal team are kept at the optimum temperature for survival.

It is an approach that has helped revolutionise thermal management at birth across the world.

It’s one of many methods, which also include a newly-purchased transfer system, utilised by the unit that has helped put them among the leading performers among hospitals in the UK in two particular categories in a recent audit.

The NNAP asks doctors and nurses to record important data on babies’ care such as temperature on admission, timely medicines that influence outcomes, screening for eye disorders and follow up support.

It evaluates and benchmarks performance across the country so that excellent practice is highlighted to allow underperforming hospitals to learn from them and improve the care they provide.

In the NNAP’s latest audit, which covers data for the year 2020, Singleton has been identified as a high-performing unit in two specific areas.

The hospital has performed way above national average figures for admission normothermia - maintaining a newborn baby’s temperature between 36.5C and 37.5C - as well as ensuring high-risk babies are followed up and supported for at least two years after receiving intensive care following birth on the Neonatal Unit. 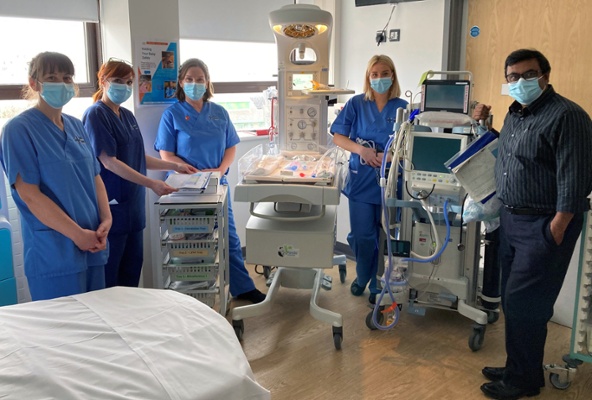 Dr Sujoy Banerjee, consultant neonatologist and clinical director of children and young people services at Singleton Hospital, explained the importance of maintaining a baby’s temperature following birth within the recommended range and the challenges to achieve this goal.

“If a baby is admitted to the Neonatal Unit cold within the first few hours of life, it directly affects their survival and long-term outcomes. We have to maintain the temperature within a narrow range of 1C (36.5C and 37.5C) as neither being hot or cold is good for the babies,” he said.

“Maintaining such tight control of a premature baby’s temperature is crucial but very challenging. The babies are fragile with delicate skin and very little fat reserves. There are also other priorities soon after birth to keep them alive like, for example, supporting their breathing and circulation which may require a lot of handling.

“Despite optimisation, the environment in labour ward and theatres are not ideal for babies when compared to the mother’s womb and they can lose heat very rapidly.

“It is not surprising that nationally for only seven out of 10 babies born very premature, the doctors and nurses can maintain their temperature at the recommended range within an hour of birth. That’s a national average.”

As a result, the Singleton neonatal team of doctors and nurses designed a Quality Improvement Initiative to address this challenge. 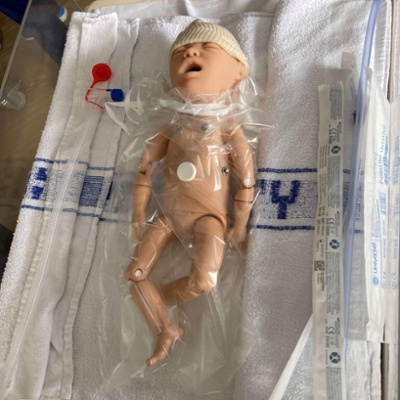 Pictured: A mannequin dummy sealed inside a plastic bag as part of the neonatal team's thermal management at birth.

The methods introduced saw the team improve the implementation of the plastic bag technique to minimise heat loss.

They focussed on early continuous temperature monitoring by using simple skin probes placed on the baby’s back prior to any other interventions and readjusted the power of the heater accordingly.

The temperature was maintained and readjusted during transfer to the neonatal unit using ‘The Shuttle’ - a newly-purchased transfer system which has its own power, heater and ventilator.

It can also minimise handling of the baby during the process of switching from one system to the other during the critical process of transfer of a baby from delivery rooms to the neonatal unit.

“The Neonatal Unit is very close to the theatre, but because the baby is on life support it’s very important that we handle everything quickly and efficiently,” said Dr Banerjee.

“Several temperature measurements give us a clue on how we can adjust things. That’s how we’ve gone from 78 per cent to 89.8 per cent. While that may not sound much, it is a real battle to achieve more improvement when you are already performing at a high level.

“Displaying results on a monthly basis to staff members and analysing areas for improvement on a case-by-case basis has significantly helped in raising awareness and improving practice.”

The unit’s continued improvement for its work on the two-year neurodevelopmental follow up for high-risk infants has also reaped high praise.

Gail Smith, Neonatal Unit ward manager who led the programme along with Dr Banerjee, said: "Our staff are fully committed and passionate to achieve the best outcomes for our babies and families, and it is great to see that our efforts are making a difference and being recognised in national data.”

Babies who are born under 32 weeks and under 1,500 grams are regarded as high risk and, as such, need monitoring for health issues throughout their first two years.

They are identified while receiving treatment on the neonatal unit and have coordinated care from a range of specialists including physio and occupational therapists, specialist nurses and consultants. 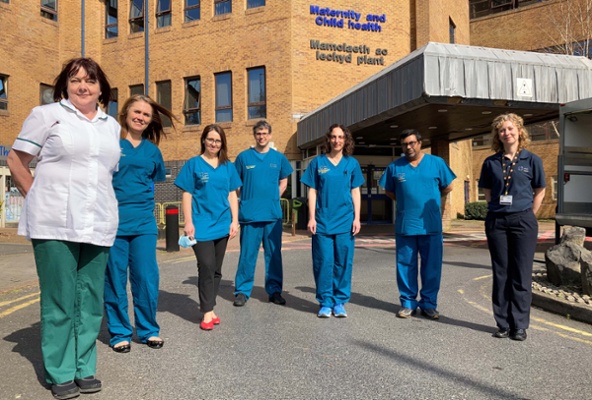 The neurodevelopment programme has seen continuous improvement since commencing service in 2008. The high rate of follow up and documented outcome is a testament of motivation and effort by the team.

Dr Joanna Webb, clinical lead for the service, said: “We are especially proud of the neonatal neurodevelopment team for their continued enthusiasm and support for the high-risk infants and their families.

“Identification of developmental difficulties in early childhood is particularly important and will allow the appropriate support and intervention to be offered to help these infants achieve their full potential.

“The follow-up also has a role to support and reassure the families in the ongoing care of their infants following highly stressful admission to Neonatal Intensive Care. It is thanks to the dedication of the whole team that we are able to continue to provide this excellent service.”

Dr Banerjee added: “We are really pleased with the results of the national audit and it’s testament to the teamwork and quality within the neonatal unit and everyone connected with the outcomes.

“We are team that is constantly analysing what we do in order to improve, and these results confirm that.

“We’re really happy to see our work being identified as a high outlier performer in this field.”